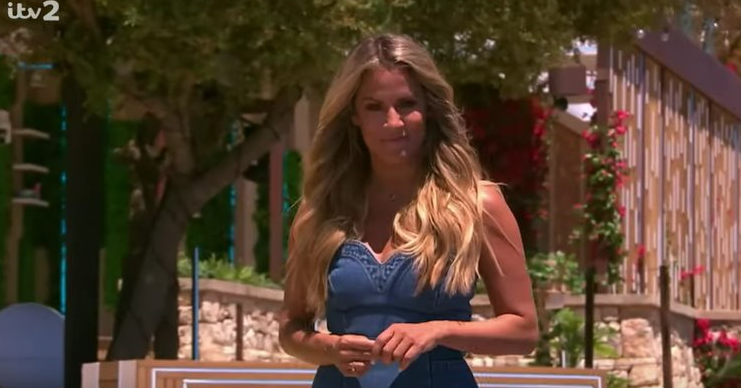 The show's back tonight

The contestants competing in the Winter series of Love Island do not know the tragic news regarding the death of Caroline Flack, a report claims.

The show was cancelled over the weekend as a mark of respect to its former presenter and her family, and reports now claim that ITV has yet to inform those inside the Love Island villa about the tragedy that unfolded during the weekend.

ITV recently confirmed that the show will resume broadcasting tonight (February 17) and will include a special tribute to the star.

However, according to the Mirror, contestants have yet to be informed about the news.

Caroline stood down from presenting duties in December when she was arrested and charged with assault over an alleged altercation involving her boyfriend, Lewis Burton.

The show’s official Twitter feed led the tributes to Caroline.

“Many people at ITV knew Caroline well and held her in great affection,” the tribute began.

All of us are absolutely devastated at this tragic news.

“All of us are absolutely devastated at this tragic news.

“After careful consultation between Caroline’s representatives and the Love Island production team and give how close we still are the news of Caroline’s tragic death we have decided not to broadcast’s tonights Love Island out of respect for Caroline’s family.

“Love Island will return tomorrow night, which will include a tribute to Caroline who be forever in our hearts.”

Other tributes from the Love Island team included a touching message from the show’s beloved voiceover man, Iain Stirling.

Taking to Twitter, Iain, 32, captioned a video showing Caroline dancing to Robbie Williams’ Angels on Strictly Come Dancing by saying: “Today my friend slow motion walked into heaven. I will miss her always. Thank you for everything.”

Meanwhile, Laura Whitmore – who took over from Caroline after she stood down from Love Island presenting duties – also paid an emotional tribute to her friend on Twitter.

Laura wrote: “I’m trying to find the words but I can’t,” concluding with a heartbreak emoji.

Laura also shared a poem about losing someone too soon.

It read: “To lose someone so special is really hard to bear, it hardly seems believable that you’re no longer there. You left us far too early before your time, it seems and now you’ll never have the chance to fulfil all those dreams.

“However hard it is though we’ll take comfort in the thought of all the memories we have and the happiness you brought.