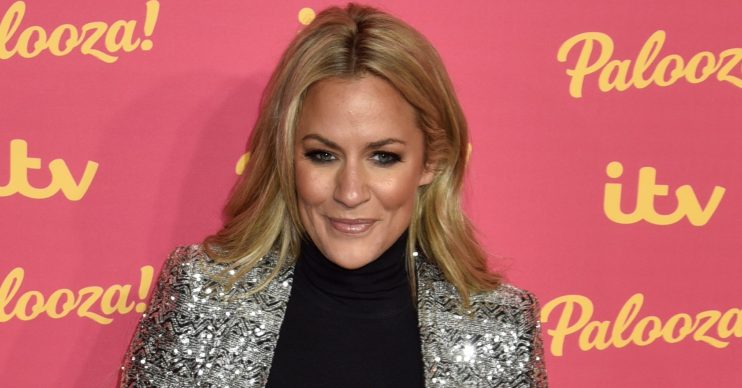 News broke earlier that the 40-year-old was found dead at her flat in North London, where it is believed that she took her own life.

“We can confirm that our Caroline passed away today on the 15th February.

Caroline has a twin sister, Jody, another sister, Elizabeth, and brother Paul.

We can confirm that our Caroline passed away today on the 15th February.

The TV presenter, 40, had faced a difficult time over the past couple of months after she was charged with the assault of her boyfriend, Lewis Burton.

Lewis denied that she had attacked him with a lamp at her flat in North London.

The couple were banned from contacting each other, but remained together.

She stood down from this year’s Winter Love Island, currently airing on ITV2, to be replaced by friend Laura Whitmore.

Piers Morgan was among the first well-known names to comment, writing on Twitter: “Oh my God, this is horrendous.”

Eamonn Holmes also shared his sadness, and questioned whether there would be repercussions for Love Island.

Caroline Flack …. Dear God.
Shocked beyond belief. May she have found peace . #Rip
Has to be repercussions for Love Island now surely ?

Words can’t sum this up. So sad. Another amazing person taking from this cruel world. When will people and and press release celebrities are humans, with the same feelings everyone else has. Can’t believe to imagine the pain. God bless Caroline and her family. Rest tight 😢 💔

Yesterday, Caroline returned to social media to share a post for Valentine’s Day, posing with her dog.

Lewis had also posted a message to her, saying: Happy Valentine’s. Love you.”

She had been mostly silent on the social media platform, but had posted a message to fans at Christmas.

“Been advised not to go on social media but I wanted to say happy Christmas to everyone who has been so incredibly kind to me this year,” she wrote.

“I’m taking some time out to get feeling better and learn some lessons from situations I’ve got myself into.

“I have nothing but love to give and best wishes for everyone.”

This is the third tragic death of a Love Island star; in 2019 Mike Thalassitis, 26, took his own life.

More news on this terrible story as we have it.

Leave your condolences for Caroline on our Facebook page @EntertainmentDailyFix.