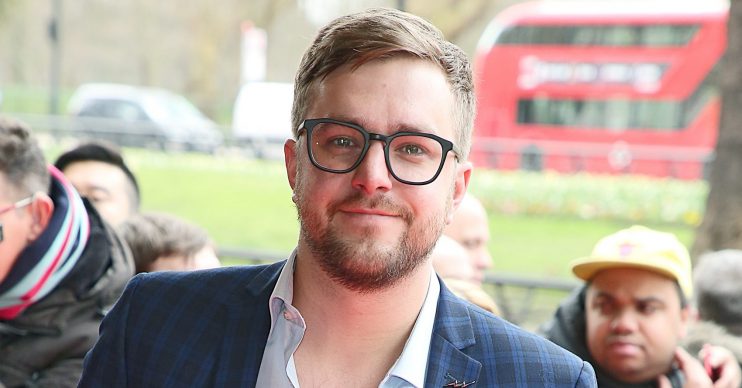 Used a clip of Caroline on Strictly

Comedian Iain Stirling has paid an emotional tribute to friend and Love Island colleague Caroline Flack after she died aged 40.

He took to Twitter to share a beautiful video of Caroline dancing on Strictly Come Dancing in 2014 to Robbie Williams’ Angels.

He also posted the same video clip to his Instagram account captioned: “Today my friend wandered into heaven. I bet it was in slow motion and sassy as [bleep]. Love you x

Many of Iain’s celeb friends responded with messages of support, while also expressing their sadness at the news.

Fans also commented with one saying: “This actually brought tears to my eyes, heaven gained one of the most beautiful angels today.”

“My goodness, what a beautiful tribute, RIP Caroline,” said another adding a crying emoji.

News of Caroline’s death broke yesterday evening and shocked the entertainment world, as well as her millions of fans around the country.

A spokesperson for her devastated family soon released a statement, confirming the terrible news.

“We can confirm that our Caroline passed away today on the 15th February.

Love Island’s official Twitter feed also shared its tribute saying: “Everybody at Love island and ITV are shocked and saddened by this desperately sad news.

“Caroline was a much-loved member of the Love Island team and our sincere thoughts and condolences are with her family and friends.”

The news saw a huge number of celebrities who had worked with Caroline take to social media to pay their own tributes, including her former X Factor co-presenter, Olly Murs.

Olly, now a judge on ITV’s The Voice, said: “We never stopped laughing, flirting (who can forget that), eating cheeseburger chasers, singing (which I always loved hearing), the arguments (which I never won), the disagreements on what jokes to say or what outfits you should wear, these are the moments I’ve always cherished.”

Others stars have also paid tribute, including Holly Willoughby who said the news was “utterly heartbreaking”.

And Ant and Dec, who worked with Caroline when she hosted I’m A Celebrity… Get Me Out Of Here! Extra Camp between 2009 and 2010, said they were “beyond sad”.