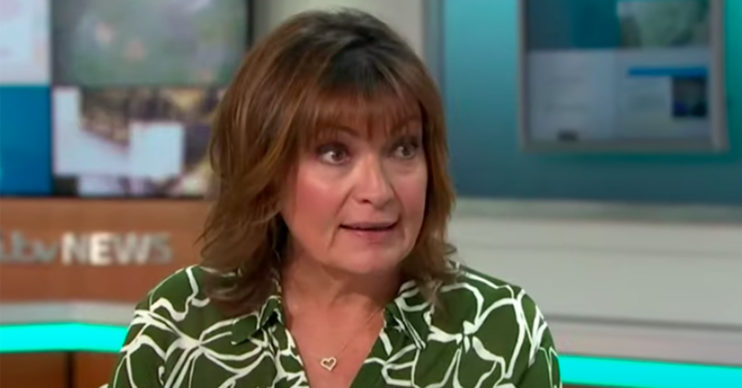 Lorraine Kelly is furious at littering in public spaces.

Television icon Lorraine Kelly has hit out at “selfish” sun-worshipers for littering a park.

The ITV presenter, 60, took offence to a photo of a park littered with rubbish.

One of her fans tweeted her the shocking photo, and Lorraine responded in view of her some 609,700 Twitter followers.

She replied: “Ridiculous – so selfish – drives me nuts.”

Britain is currently experiencing an extremely hot couple of days, and with lockdown restrictions lifting – thousands have flocked to the great outdoors.

But many of Lorraine’s fans argue that this is certainly no excuse for littering public spaces.

One concerned Twitter user replied to Lorraine’s comment with: “I am utterly disgusted by the behaviour of so many people in this country. I truly don’t want to live here anymore.”

A second user commented: “Some people just expect others to clean up after them, selfish humans… shame we can’t have ‘litter police’.”

A third user wrote: “We have all realised the importance of nature during the lockdown but this is how we treat it. It is such a shame.”

And a fourth wrote: “People wonder why people think there may be a second wave. Some cant even pick up their own rubbish so how do we expect them follow social distancing and other guidelines.”

Lorraine has spoken about how hard she has found lockdown, especially being separated from her daughter, Louise, 25.

She hadn’t seen her daughter, who lives in Singapore, since December.

But when she returned in March, she had to self isolate for two weeks.

Lorraine told Mail Online of her emotional reunion with her daughter.

She said of her despair: “We’d been in touch, we’d been doing Zoom calls, but there’s nothing like being able to give your child a cuddle.

“Every mother will know what I’m saying – there’s just nothing like the smell of your child’s hair. Rosie always smells so good.

“I’m trying not to be too teary, because I don’t want to embarrass her, but being able to hold her after all that time was just fantastic.”

Rosie is believed to now be living with Lorraine at her country home for the remainder of lockdown.

What do you think of Lorraine’s litter anger? Share your thoughts with us on our Facebook page @EntertainmentDailyFix.