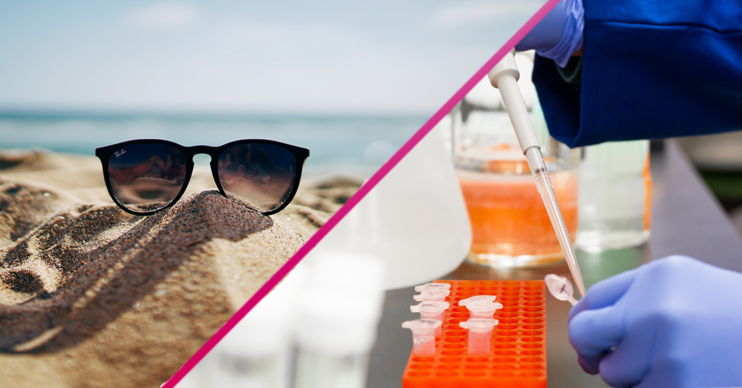 And lockdown could have contributed to the spread…

This week is set to be a scorcher, with highs of 34˚C predicted on Thursday as the heatwave takes hold.

However, as well as offering some respite from the soggy June weather we’ve had to date, the sunny spell could actually bring good news in the fight against coronavirus.

New research has shown that the high temperatures could cut virus transmission rates.

This is because it’s thought strong sunlight could kill the virus in just 30 minutes.

Former US Army virologists found that just half an hour of strong sunlight is enough to kill off the virus by 90%.

Read more: Lidl’s sell-out dog sun lounger is back in time for the heatwave

In essence, this means that if someone who had the virus coughed outside, the virus wouldn’t survive on surfaces for long before it started to decay.

The study – by Dr Jose-Luis Sagripanti and Dr David Lytle – showed that as autumn approaches, the virus takes longer to die.

Outside in mid-September, for example, it would take an hour and 17 minutes for it to die on surfaces.

In March, it would take almost three hours.

In December, the number shoots up to more than five hours.

How it all works

This is because the sunlight is weaker in winter and UV radiation in sunlight damages the DNA of viruses.

As such, viruses tend to survive better in cooler weather. This is due to a fatty protective coating which degrades when it is warm.

The coating protects the virus and it dies if the outer shell disintegrates before the virus can get into the body.

Infection rates indoors remain the same no matter what time of year it is.

Writing in the journal Photochemistry & Photobiology, they said there is an “environmental role for sunlight” in the fight against the pandemic.

Essentially, the further south you live, the warmer temperatures you experience, and the lower the rate of transmission.

Forcing people to remain indoors may have increased or assured contagion of COVID-19.

“The viral persistence estimated for cities at northern latitudes where COVID-19 expanded rapidly during winter 2019/20 and relatively higher viral inactivation in more southern latitudes receiving high solar radiation during the same period, suggests an environmental role for sunlight in the COVID-19 pandemic,” they said.

Research from Harvard University hints at the same.

One study showed that flu survived on a surface for almost 24 hours at 6˚C in dry weather. At 32˚C, the virus died within an hour.

The US Army scientists also claimed that lockdown could have actually increased the spread of the virus.

“Forcing people to remain indoors may have increased or assured contagion of COVID-19 among same household dwellers and among patients and personnel inside the same hospital or geriatric facilities,” they wrote in.

They added: “In contrast, healthy people outdoors receiving sunlight could have been exposed to a lower viral dose with more chances for mounting an efficient immune response.”

So it appears this week’s heatwave could actually have a double whammy effect.

Not only will it mean warmer weather on UK shores, it could also help slash the infection rate of the virus.

Suncream at the ready!