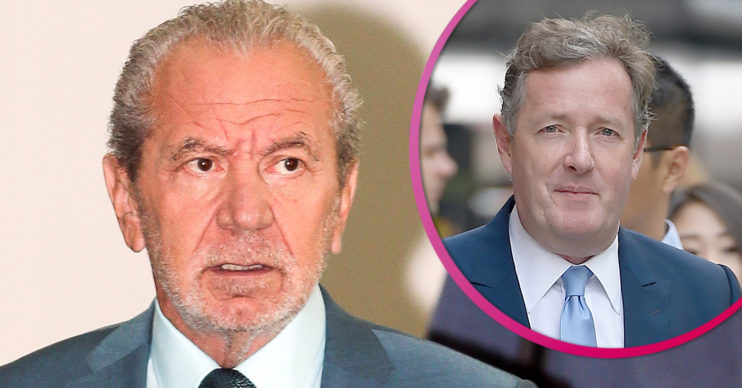 And so the feud continues

Lord Sugar and Piers Morgan have had their fair share of angry words over the years.

But if you thought that a global pandemic would give them a bit of perspective, you were wrong.

When Piers took to Twitter to hail Government actions as a personal victory, that was all it took to enrage Alan.

One was the government’s decision to award Sir Captain Tom Moore with a knighthood.

The other was Boris Johnson’s decision to change his mind about charging migrant NHS workers to use the service.

In response to a viewer who said Piers spouted bile while Boris showed ‘leadership’, Piers was triumphant.

He wrote: “We campaigned loudly yesterday and today on @GMB for the Prime Minister to scrap his shameful migrant surcharge.

“We’ll keep doing our jobs and no amount of complaints to @Ofcom will stop us.”

Hi Ian,
We campaigned loudly yesterday & today on @GMB for the Prime Minister to scrap his shameful migrant NHS surcharge.
He just did.
We’ll keep doing our jobs & no amount of complaints to @Ofcom will stop us. https://t.co/X8rSTBDot2

He just jumps on the bandwagon topic of the week.

But Lord Sugar was having none of that.

“YOU DELUDED PILLOCK TAKING CREDIT FOR THIS AND CAPTAIN TOM’S KNIGHTHOOD. WHO THE BLOODY HELL DO YOU THINK YOU ARE?” he tweeted in response.

An enraged Lord Sugar went on to say that Piers “doesn’t give a [bleep]” about the subjects he talks about.

“He just jumps on the bandwagon topic of the week.”

He even compared Piers to Hitler.

“Can I remind you how Hitler convinced a nation with his rantings. You have to know the man. I do and you don’t,” he retorted to a Tweeter defending Piers.

The history of a feud

Piers and Lord Sugar have had a good-natured rivalry since Piers appeared on Comic Relief Does The Apprentice back in 2007.

They support rival football teams and have often enjoyed banter on Twitter.

Lord Sugar has called Piers “irresponsible” for his journalism during the pandemic.

And Piers’ mum even waded into the row to defend her son recently.

We await Piers’ response to this latest diatribe. You can bet it won’t be pretty.

Do you agree with Lord Sugar, or do you think he was way out of line? Go to our Facebook page @EntertainmentDailyfix and leave a comment to let us know.