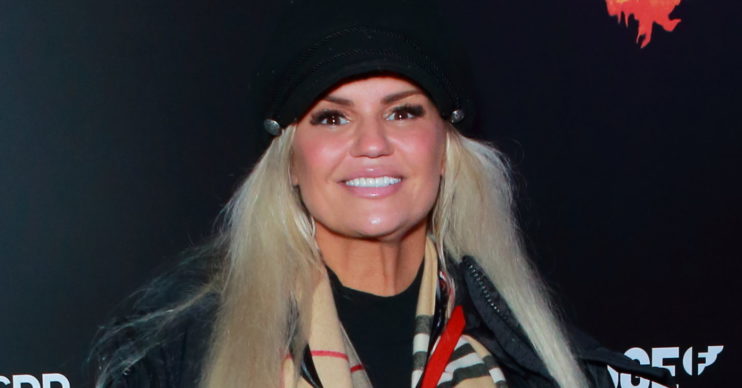 Kerry Katona shuts down pregnancy rumours after complaining of ‘sickness’

Celebrity mum Kerry Katona has hit back at pregnancy rumours after telling fans she feels ‘sick’.

Kerry, 39, took to social media on Friday (June 26) and revealed that she was under the weather.

The star had hoped a spot of fresh air would help, but was still complaining hours later.

Still not feeling 100% think I have a bug! Hoping some fresh air will help xxxx @all_things_fabulous_interiors_ thank you for djs little mask xxxx

Snuggled up to daughter Dylan Jorge, she wrote on Instagram: “Already in our PJs having cuddles… still feeling really sick! Defo tummy bug!”

But some followers wondered whether something else was making her feel queasy – especially after she said her kids are desperate for another sibling.

A third even said: “Oh Kerry, you’re not expecting another bubba are you?”

Kerry was, however, quick to shoot down their baby claims.

Oh Kerry your not expecting another bubba are you?

Responding to the suggestions, the former Atomic Kitten star hit back: “Absolutely not!!!!!”

Kerry, who has been dating Ryan Mahoney for two years, has five children with three previous partners.

She had eldest kids, daughters Molly, 18, and Lilly-Sue, 17, during her marriage to ex-Westlife star Brian McFadden.

Kerry and Brian divorced in 2006 and she later married her second husband, Mark Croft.

During their relationship, which ended in 2011, she had son Maxwell and daughter Heidi.

Kerry then welcomed her fifth child, Dylan Jorge, during her relationship with the now late George Kay.

Kerry then took out a restraining order against her rugby player ex the following year.

George passed away in July 2019 in a Holiday Inn hotel from a suspected drug overdose.

Last October, Kerry sobbed on Loose Women as she spoke about her ex’s death.

She said: “He gave me hell when he was alive. He’s better off where he is. He was so unhappy on this earth.”

Kerry now lives with her boyfriend Ryan and her children.

Earlier this year, she told Closer magazine: “Ryan is unlike anyone I’ve ever dated before. He’s very quiet, very shy, very private – the complete opposite to me.”

She added: “He’s the first person I’ve ever dated who actually has his own job. And he’s so hands-on with the kids, doing the school runs when I can’t. The kids adore him.”