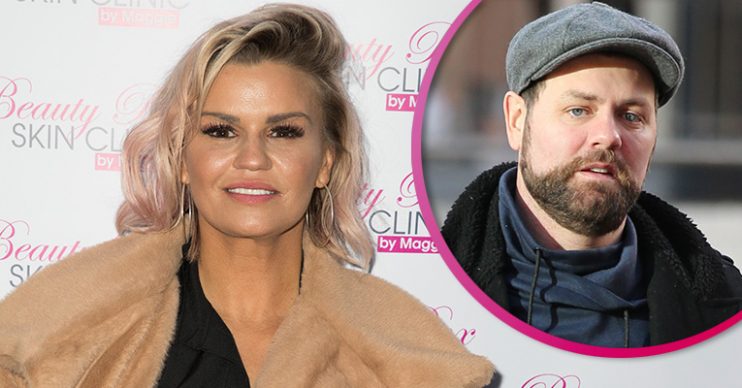 She shares two daughters with the singer

TV star Kerry Katona has admitted she was left “shattered” following the breakdown of her marriage to Brian McFadden.

Kerry reflected on her first marriage while speaking about Ferne McCan breaking down in tears on a recent episode of her reality show First Time Mum as she spoke about being a single mother.

During the episode, Ferne said she felt lonely being a single mother to her daughter Sunday.

Writing in her latest New! magazine column, Kerry said: “Seeing Ferne McCann break down over the loneliness of being a single mum resonated with me.”

I remember feeling shattered when my first marriage broke down.

The mum-of-five said she was “very happy” being on her own with her kids before she began dating her boyfriend Ryan Mahoney.

Kerry continued: “I remember feeling shattered when my first marriage broke down and I was left with two baby daughters.

“It’s one thing being heartbroken by the loss of a relationship, but add to that the guilt of being a mum and it’s so hard.”

Kerry said she’ll “never forget the sadness of feeling like I couldn’t make Brian love me enough to keep our family together”.

Last month, the star revealed she and Brian had agreed to present a TV show together.

She wrote in one of her New! magazine columns: “I definitely think I could work with Brian. In fact, we got an email not long ago asking if we’d be up for presenting a show together.

“I texted him and he said he’d be up for it and I’d definitely be up for it, so we replied with a yes but we haven’t heard anything since.

“I’m not sure what that was about, but I think we would make great viewing!”

Be safe tonight everyone! We’re off to watch the fireworks 😘🙏❤️

Following her split from Mark, Kerry tied the knot with George Kay in 2014 before they split in 2017.

Kerry had daughter Dylan-Jorge with George, who passed away in July.