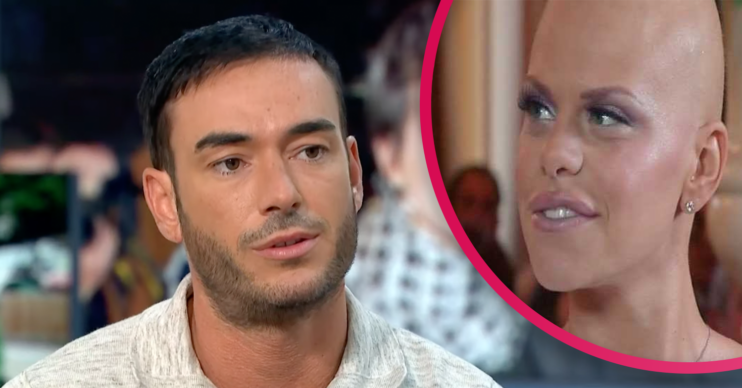 The husband of the late Jade Goody has reportedly found love, 13 years after the Big Brother favourite died from cervical cancer.

Jack Tweed has been single since splitting from ex-girlfriend Alee Jeffreys last year.

He has previously said that he finds relationships tough because he is “always comparing” girlfriends to Jade.

However, pals now claim that Jack is “totally smitten” with his new love and that they have a “great chance of a future together”.

Jack and PA Ellie Sergeant, from Essex, have allegedly been seeing each other for six months.

Jack, 34, was reportedly introduced to Ellie, 27, by mutual friends.

And, in pictures obtained by the Daily Mail, the pair certainly look “smitten”.

In one picture, the pair are posing together in a selfie on a night out.

It’s still early days but pals believe they have a great chance of a future together.

In another, Jack is seen beaming widely as Ellie wraps her arms around him and places a kiss on his neck.

A source said: “Jack has really fallen for Ellie. They already share a close bond and are totally smitten with each other.

“It’s still early days but pals believe they have a great chance of a future together.”

She is also said to be helping Jack organise a charity event in Jade’s honour.

Not only that, Ellie will be in attendance on the night to support Jack, with reports the pair could make their red carpet debut that night.

Earlier this week, Jade’s eldest son Bobby pledged his support for the event, reconnecting with Jack.

Jade’s sons Bobby and Freddie had shared a close bond with Jack before their mum’s death.

Jack recently revealed that they had started to grow close again – something he said Jade would’ve been really happy about.

He said: “I speak to the boys much more now than I did and that really helps. They message me and I love being in their lives again.

“It makes me feel a lot closer to Jade when I talk to them, and I know she would be so happy that we are close again.”