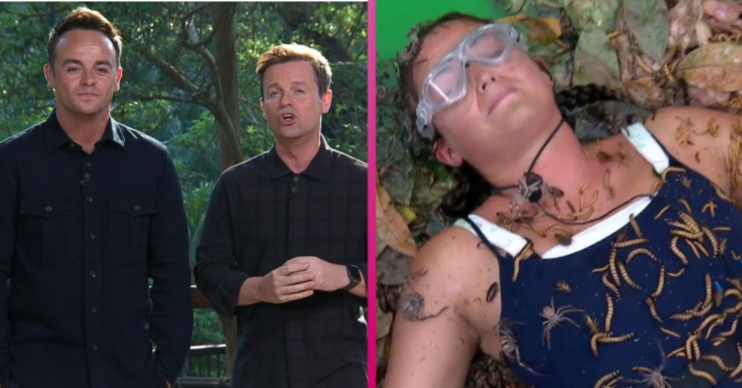 How will the Bushtucker Trials look this year?

I’m A Celebrity… Get Me Out Of Here! could be the subject of an RSPCA investigation this year it breaks animal welfare rules.

A report claims that the animal welfare body will take a close look at the series.

What did the RSPCA say about I’m A Celebrity?

Despite the coronavirus pandemic, the ratings-busting reality show will go ahead this year.

But instead of the Australian jungle, I’m A Celeb has announced that it’s moving to a castle in Wales.

It’s unconfirmed whether the infamous Bushtucker Trials will take place or in what form, but a spokesperson for the RSPCA said it will be keeping a close eye on proceedings.

Read more: I’m A Celebrity… Get Me Out Of Here! bosses ‘want Tiger King’s Carole Baskin for next series’

“The Animal Welfare Act covers all animals, and you’re not allowed to distress [them],” the spokesperson told Metro.

“And if complaints were received or if anything was seen, we would investigate that.”

The Bushtucker trials have come under scrutiny

The show is well known for its Trials, which see celeb campmates complete tasks featuring insects and other animals.

In last year’s series, the likes of Ian Wright, Andy Whyment and eventual winner Jacqueline Jossa often had creepy crawlies all over them.

But over the years, critics have slammed the show for having campmates feast on living insects.

They will reportedly have to bathe in a tin bathtub.

An insider told The Sun: “Planning the jungle – as with most other shows – has been very difficult as producers navigate a dynamic and fast changing situation.

“What is okay one day, is impossible the next.

“The team have had many, many different contingency plans in play to deal with all the various possibilities that COVID-19 has presented.”