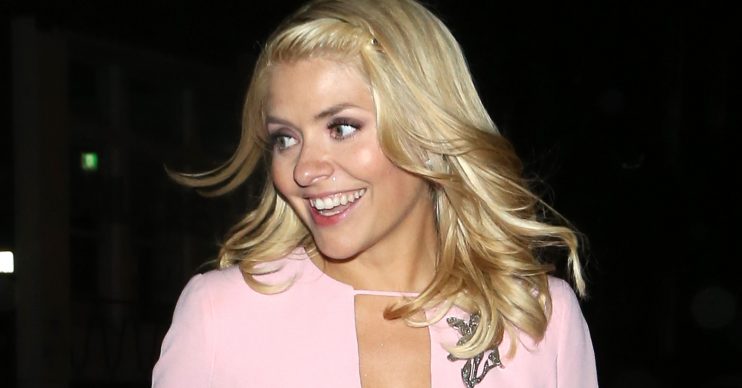 Holly Willoughby shares a beautiful snap from her half-term break

She's back on with Phil soon

Daytime TV favourite Holly Willoughby has delighted fans with a gorgeous photo as she enjoys time away from her presenting duties.

The This Morning host, 38, took to Instagram to share a selfie from a beach as the sun set below a sparkling sea in the background.

Holly, who is half in the frame and wearing a floral-pattern dress, simply captioned the photo with a string of star emojis.

In the comments, fans told her how “stunning” she looks and wished her a “great weekend” with her little ones.

Such an effortlessly graceful person.

One said: “You’re so stunning.”

Another wrote: “Lovely photo of you, so natural.”

A third said: “Such an effortlessly graceful person.”

“Lovely, Holly,” a fourth told her, adding: “Have a great weekend.”

Someone else said: “Ah that looks lovely, enjoy your half term with your babies xx.”

Holly and her This Morning co-star Phillip Schofield, 57, have been away from the programme this week as they enjoy half-term with their families.

Presenters Eamonn Holmes and Ruth Langsford, who normally host This Morning on Fridays, have been holding the fort in their place.

Among their guests was Eleanor Rowe, a 36-year-old mum born with two vaginas, who was on to share her inspirational story about struggling to conceive and eventually giving birth to a ‘miracle’ baby.

But today (25.10.19), This Morning was hosted by daytime TV legends Richard Madeley and Judy Finnigan. The couple were back after delighting viewers on the programme earlier this year.

Paul O’Grady was one of their guests, giving Richard a chance to address his former “rivalry” with the comedian and presenter.

Read more: Richard Madeley’s big question to fans ahead of This Morning return

Richard told Paul, as the interview came to an end, “It’s lovely to see you again” and shook his hand.

For the Love of Dogs host Paul responded: “And you. It’s so odd, I cannot tell you, being here with you two again after all these years.”

Leave us a comment on our Facebook page @EntertainmentDailyFix and lus know what you think of this story.