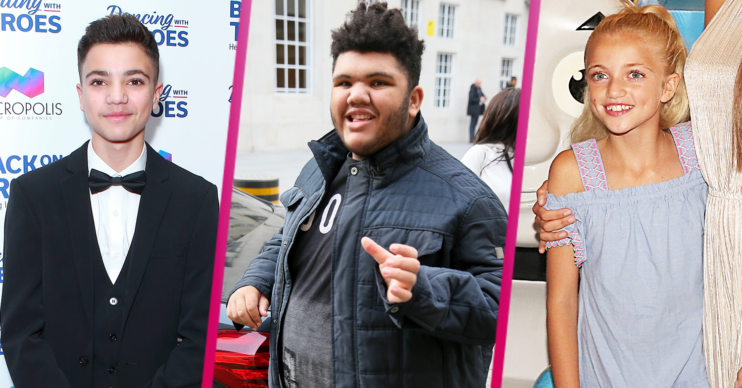 Katie Price’s children Junior and Princess have shared their concerns for brother Harvey after the 18 year old was rushed to hospital again.

The teen is said to be at risk of organ failure and is struggling to breathe with a temperature of 42˚C.

Following the news, Junior and Princess took to Instagram to show their support.

Meanwhile, Princess – who was recently allowed to join the social media site following her 13th birthday – shared a snap of Harvey to her profile this morning (July 13).

She wrote: “I love you Harv soo much! You’re going to be fine! Think about the positives and not the negatives.”

The teenager’s post was met with a string of supportive comments from fans, with one saying: “Hope he’s okay.”

As well as commenting on his daughter’s post, Pete also shared a heartfelt message to his own account.

The singer grew very close to stepson Harvey during his four-year marriage to Katie and shared an image of praying hands along with the word “Praying.”

Katie, 42, shared the devastating news on Sunday (July 12) that Harvey was in hospital.

Addressing her 2.2 million Instagram followers, she wrote: “I can confirm Harvey is in intensive care and in the best hands.”

She’s been here before, but this time it’s far more serious. She’s trying to be tough and strong, but inside she’s falling apart and feels helpless.”

She added: “I would like to thank the ambulance services and the hospital staff for the quick response and making him stable.”

Harvey suffers from Prader-Willi syndrome, autism and is partially blind.

Katie reportedly called an ambulance this weekend because Harvey suffered a soaring temperature and a source told The Sun he is in a “perilous condition”.

The source said: “Katie has been preparing herself for this moment all his life and she’s been told Harvey is in a perilous condition.”

They added: “She’s been here before, but this time it’s far more serious. She’s trying to be tough and strong, but inside she’s falling apart and feels helpless.”

The news comes just two weeks after Harvey was rushed to hospital as a result of suffering chest pains.

Send your well wishes to Harvey on our Facebook page @EntertainmentDailyFix.