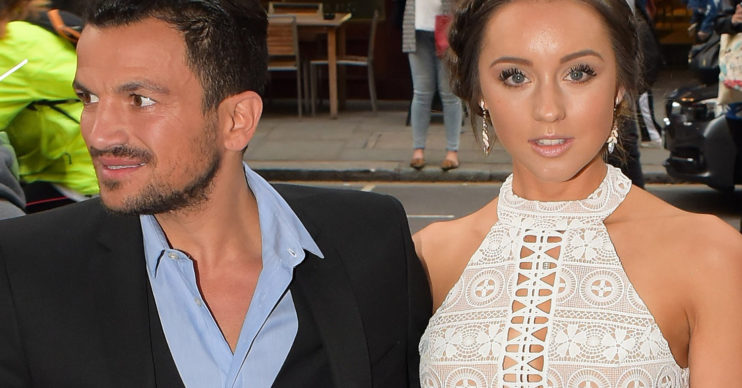 Peter Andre and wife Emily Andre are known for keeping their two children out of the spotlight, and Emily has revealed the reason why.

Emily prefers to keep children Millie and Theo out of the spotlight due to the fear of social media trolling. After seeing what Peter’s other children have received, Emily has refused to let theirs be exposed to the same level of hatred.

I’ve seen comments where ­people are horrible about a baby’s looks and celebrity kids.

However, appearing on Loose Women via a video call in May, son Theo made his TV debut by joining in with Peter’s interview.

Emily was reportedly furious for breaking their privacy rule.

In a recent interview, Peter agreed with Emily’s decision telling The Sun: “I respect Emily’s ­decision to keep the kids out of the limelight.”

Emily said: “You didn’t make that decision at that time, Pete, but now we have the benefit of hindsight as well to see how it has been for ­Junior and Princess.

“I’ve seen comments where ­people are horrible about a baby’s looks and celebrity kids. ‘She’s unlucky she looks like her dad’ and so on. It’s absolutely disgusting.”

Meanwhile, Emily said Amelia has “already asked me why her face can’t be shown on TV” but she doesn’t believe “it’s the right thing to do”.

This weekend Emily and Peter are celebrating their fifth wedding anniversary, after meeting ten years ago. Popstar Pete has shared a series of romantic videos on his Instagram to mark the special date.

Sharing with his some 1.5 million Instagram followers, Peter wrote on one of the videos:

Meanwhile, another caption includes: “When a man loves a woman. #10yearsfriendship5yearsmarriage.”