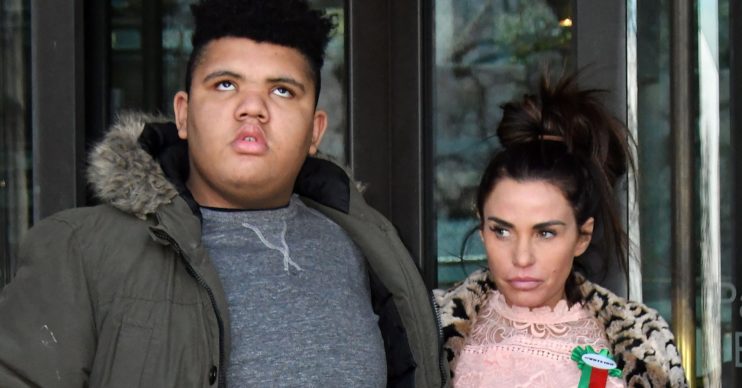 Harvey, 18, became ill as he and the family celebrated his sister Princess’ 13th birthday today (June 29).

A rep for Katie told The Sun Online: “Harvey has been taken to a local hospital for tests.

The rep added that Harvey is expected to be discharged later today.

Katie recognised the signs and knew when to call an ambulance.

The teenager recently melted Katie’s fans when he played the piano for younger brother Junior on his birthday.

At the weekend, Katie shared a YouTube video showing fans exactly how they all celebrated his big day.

Talented Harvey sat at his keyboard and played out the melody to happy birthday.

One fan said: “I literally cried at how lovely Junior is with Harvey and vice versa.”

Another wrote: “Great video, Junior is such a great brother.”

However, despite the comments of praise, Harvey has received much online abuse over the years.

Read more: Katie Price’s exes Peter Andre and Kieran Hayler ‘in contact with each other to offer her help’