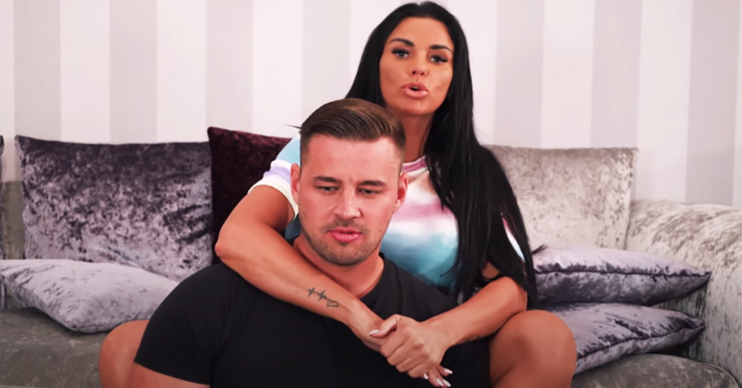 She's previously said he could be a "keeper"

The former glamour model, 42, shared a series of pictures with her Instagram followers, in which she and the former Love Island star, 31, looked like they were having a whale of a time.

Katie seemed enamoured with her new beau as she put her arm around him and kissed him on the cheek.

And her followers on the social media site are thrilled that she’s happy.

Katie introduced the photos with the words “Date night with the Boss”, along with a heart emoji.

They have already received nearly 20,000 likes, and the gushing comments have been flooding in from her fans.

One wrote: “You look very happy together. I am delighted for you. You deserve it.”

Another said: “So happy for you Katie.”

Read more: Katie Price reveals she was ‘terrified’ son Harvey was having heart attack when he became ill

Katie, who previously dated personal trainer Kris Boyson, has spoken publicly about her feelings for Essex lad Carl, who appeared on Love Island in 2016.

In an interview with new! magazine, she admitted: “I honestly feel like I’m punching being with him.

“My mum and close friends are really happy for me. I’m telling you, he has all the right attributes to be a keeper.”

And the mum-of-five also revealed how she got together with the car salesman.

She said: “We met via mutual friends. He’s been an admirer of mine for some time from afar, but I never knew!”

Meanwhile, in a video shared to her YouTube channel, Katie gushed about her new romance.

What did Carl say?

“Anyone can make up lies if they want to, but we have everything of each other’s and we are completely and utterly open with it so it just cannot go wrong as far as I’m concerned.”

Well, it’s great to see her looking so chuffed.