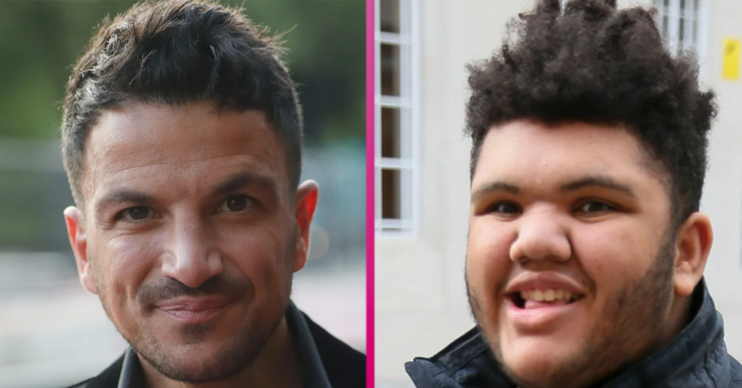 Peter, 47, shared a message of hope about Harvey, 18, was rushed to hospital yesterday.

Katie’s oldest child, Harvey, is currently in ICU after being rushed to hospital this weekend.

Taking to social media, Peter shared an image of praying hands along with “Praying :(((.”

Sharing in view of his 1.5 million Instagram followers, Pete captained the snap with a heart emoji.

Meanwhile dozens of fans sent their prayers and well wishes to Harvey.

One user posted: “It feels so bad to know that Harvey is in hospital get well soon.”

Another user commented: “Harvey is such a lovely lad, be strong Harvey Price xx.”

Many others simply posted: “Praying for Harvey.”

Katie shared the devastating news on Sunday that Harvey was in hospital.

Addressing her some 2.2 million Instagram followers, she wrote: “I can confirm Harvey is in intensive care and in the best hands. I would like to thank the ambulance services and the hospital staff for the quick response and making him stable. X.”

Peter also replied to this post with a broken heart and praying hands emoji.

This news comes just two weeks after Harvey was rushed to hospital via an ambulance after suffering chest pains.

Katie reportedly called an ambulance this weekend after Harvey suffered a soaring temperature.

According to The Sun, Harvey had a temperature of 42c and was struggling to breathe.

A source told the paper that he is in a “perilous condition”.

The source said: “Katie has been preparing herself for this moment all his life and she’s been told Harvey is in a perilous condition.

“She’s been here before, but this time it’s far more serious.

I can confirm Harvey is in intensive care and in the best hands. I would like to thank the ambulance services and the hospital staff for the quick response and making him stable. X

“She’s trying to be tough and strong, but inside she’s falling apart and feels helpless.”

On the couple’s ITV2 reality show Pete and Harvey were regularly shown spending time together and bonding.