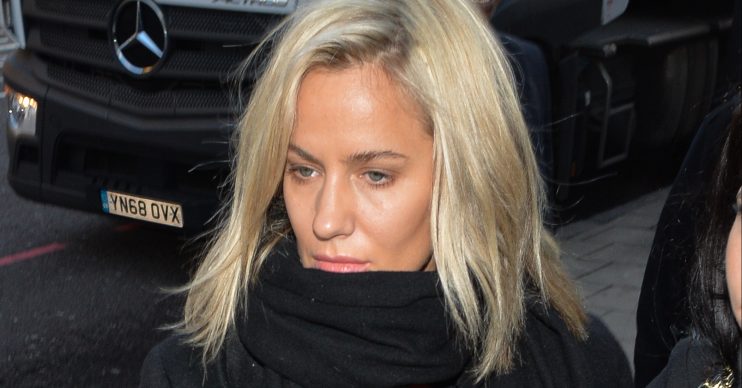 Lewis maintains his girlfriend is "harmless"

An image showing the aftermath of Caroline Flack’s alleged assault on boyfriend Lewis Burton has been released.

The gruesome shot shows what is believed to be Caroline’s bed covered in blood after she allegedly hit Lewis with a lamp while he slept.

However, sources have claimed that the blood isn’t just Lewis’s and is, in fact, mostly that of the former Love Island host.

During the alleged incident, Caroline is said to have cut her hand after she “smashed a glass”.

A source shared the picture with The Sun. It shows the bed covered in blood, with splashes on the carpet, too.

The source claimed: “There is heaps of blood, but it’s not all from Lewis.”

Things got very out of hand and no one is denying that. But Lewis was not the only one bleeding.

They added: “Most of it was from Caroline’s injury after she smashed a glass and she was bleeding quite a lot from that.

“Things got very out of hand and no one is denying that. But Lewis was not the only one who was bleeding so it’s important to keep that in mind.”

While Caroline maintained her silence, Lewis has spoken out about the picture.

He said: “[Expletive] this isn’t my blood and I didn’t get hit over the head with a lamp. Can everyone stop now?”

Lewis is standing by Caroline, who he called “harmless”.

He added: “I love this girl more than anything, no one knows what’s going on or what’s happened.”

Caroline is banned from contacting Lewis as per her bail conditions.

The TV presenter denies assault by battery. Her trial is due to start on March 4.