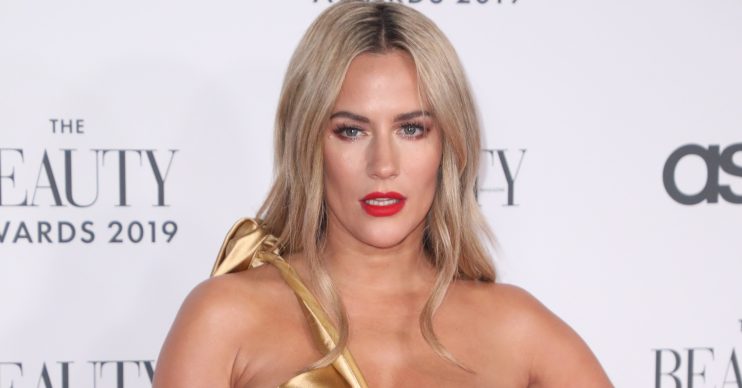 She attended court on Monday morning

Caroline Flack’s boyfriend Lewis Burton has denied she hit him over the head with a lamp.

The pair arrived at Highbury Corner Magistrates’ Court on Monday morning and Love Island host Caroline pleaded not guilty to assaulting him.

During the hearing, it was claimed that Caroline and Lewis were both allegedly covered in blood when police arrived at their flat in Islington, North London, on December 12.

The court heard that Caroline allegedly hit a sleeping Lewis over the head with a lamp.

However, Lewis has taken to Instagram to deny the claims.

It’s heartbreaking I can’t see my girlfriend over Christmas.

He wrote on his Instagram Stories: “It’s heartbreaking I can’t see my girlfriend over Christmas.

“What I witnessed today was horrible. She did not hit me with a lamp. Arguments do happen every day in every relationship.

“Gutted I am not allowed to protect her right now.”

It was earlier claimed model Lewis, 28, was ‘almost begging the operator to send help’ after calling 999.

Caroline was said to have two cut wrists.

Caroline, who stepped down from the winter version of Love Island last week, looked glum as she arrived at court today. Lewis arrived separately.

She also cried again when she sat in the dock as she pleaded not guilty to common assault.

Yesterday, Caroline said she was experiencing the “worst time of [her] life” and doesn’t know “who to trust”.

Read more: Caroline Flack hit her sleeping boyfriend over the head with a lamp, court told