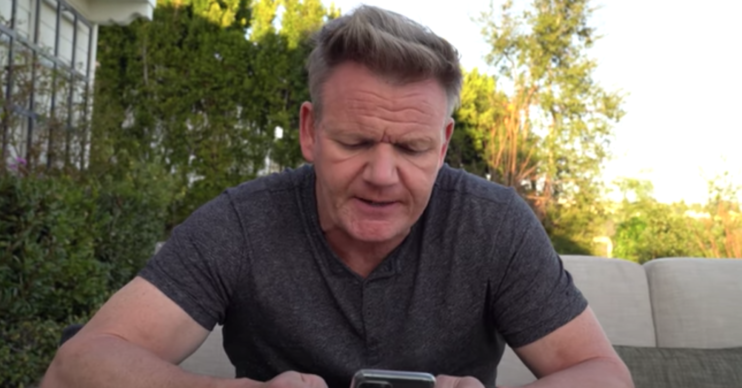 Fans of Gordon Ramsay have been tickled by the family resemblance between him and his youngest son, Oscar.

The celebrity chef shared an adorable video of the little one yesterday (Friday, May 29) across his social media accounts.

The short clip showed the frowning one-year-old tottering around on sand near shallow water.

Struggling to maintain his balance, Oscar almost toppled over.

But as he righted himself, he bent down to pick up a handful of sand, lifted it and then chucked it back to the ground.

And as he did so, he wore an amusingly unimpressed reaction – very similar to that of his dad!

He has your angry face.

Hilariously, a voiceover of his dad criticising a restaurant was attached to the clip.

This gave the impression that Oscar was echoing his dad’s displeased tone.

I’m definitely beginning to wear off on @oscarjramsay…..

Read more: Piers Morgan’s home decor ridiculed by GMB co-star after he shared a look inside his pad

‘Such a mini Gordon’

“He’s mini Gordon. So adorable. I can’t stand the cuteness. Gonna be like his dad for sure. Wanna see a pic of him smiling,” pronounced a Facebook fan.

Another chuckled: “Lol he’s such a mini Gordon. He’s so precious with those little legs.”

And somebody else reacted: “Handsome little man like his dad. Love to see a photo of Gordon when he was a little toddler same age Oscar is now.”

But others also noted it wasn’t just Oscar’s features that take after his dad. Many fans also noted how Oscar seemed to have his dad’s attitude, too.

“His expression just like his father,” chimed in another.

And yet another onlooker added: “Omg how cute! He has your angry face.”

Gordon, his wife Tana and their children are spending lockdown in their holiday home in Cornwall.

They have come under fire for relocating from London during the coronavirus pandemic.

Gordon, however, has ignored the backlash against the decision.