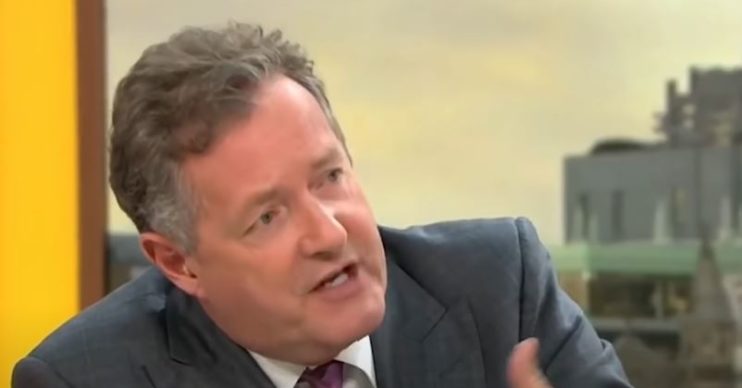 TV’s Piers Morgan may want to think twice about where he poses for a picture in his house after his co-star Richard Arnold made a cheeky jibe on Instagram.

The Good Morning Britain presenter took to social media to share his excitement about tucking into a takeaway to help ease the stress of lockdown for one night.

He posted a picture of himself happily sitting in front of his feast. But it was the background of the snap that caught the attention of his co-star.

What did Richard Arnold say?

About to enjoy a fabulous #BigCurryNightIn courtesy @bombaybrasseriesw7. Support your favourite restaurants and order a takeaway this weekend to help local communities and families whose businesses have been severely impacted by Covid-19 @thebritishasiantrust @BigCurryNightInUK #SupportLocal

The remark went down well with Piers’ followers. One replied: “I almost spat out my tea reading this!”

While a second added: “I think that’s probably the least of his worries!”

Despite never being one to shy away from confrontation, Richard’s comment seemed to completely pass Piers by.

Perhaps he’s turning over a new leaf after he surprised viewers when he made an apology live on GMB last week?

The presenter was left red-faced after blasting regular contributor Andrew Pierce and raising his voice during a live video interview.

The heated exchange came after Piers asked for his thoughts on plans to increase the health immigration surcharge from £400 to £624 in October.

Attempting to answer his question, Andrew said: “I still agree that it’s right the government bring in a surcharge…”

Piers then interrupted his guest and began shouting over him.

“I’m saying I do not think this surcharge should apply to people who come here and work in the NHS.

Realising he had completely misheard his guest, Piers then made a shock apology live on Good Morning Britain.

He said: “I’m sorry. I misheard you. You’re quite right to correct me.

“I am now going to say the words I’m sorry, Andrew. I misheard you.”

What do you think of Piers’ pad? Go to our Facebook page @EntertainmentDailyfix and leave a comment to let us know what you think.