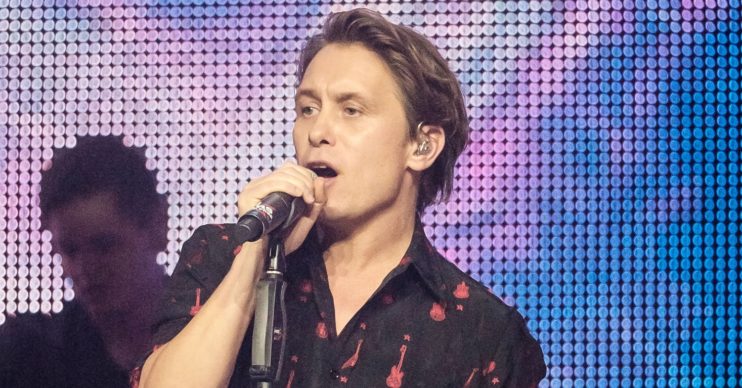 Viewers were left shocked at the appearance of  Take That’s Mark Owen during their reunion concert.

The original band member, 48, looked very different, and some viewers even compared him to the star of Netflix’s  Tiger King documentary Joe Exotic.

Each singing in from their individual homes, the concert has already earned over 1.5 million streams.

Donning bright yellow trousers, a flowery yellow shirt and a cowboy hat – many viewers were left rather surprised.

Filming from what appears to be his home garage, a Take That poster could be seen in the background.

A third user queried: “What in the [bleep] does Mark Owen look like! Like Crocodile Hunter meets Tiger King!”

And a fourth claimed: “Why have they got rid of Mark Owen and replaced him with the Tiger King?”

And yet another asked: “Why is Mark Owen trying to look like the Tiger King?!”

Tiger King is of course the Netflix series that became a mega-hit during lockdown.

Jokes aside, the concert was overall deemed a huge success.

Fans of the classic ’90s boyband rushed to praise their efforts.

One YouTube viewer commented: “They’re actually all really talented and not just a one trick pony, thoroughly enjoyed it. Let’s hope this is the start of things to come because every time they come back they still dominate the charts.”

And a second user gushed: “Can’t believe I’ve been to a Take That Concert. Absolutely fantastic. Well done boys you where fantastic x.”

Streamed by Compare The Market’s official YouTube channel, streaming earnings are being donated across several charities.

What do you think of Mark’s new look? Share your thoughts with us on our Facebook page @EntertainmnetDailyFix.