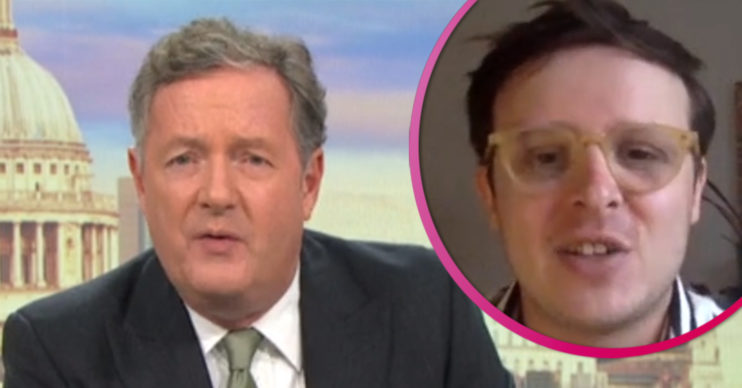 JK Rowling's new novel has been deemed 'transphobic' by some

The Harry Potter writer’s new released book has face allegations of transphobia by some.

Written under the pseudonym of Robert Galbraith, Troubled Blood features a serial killer who disguises himself as a woman.

The killer wears a wig and women’s clothing to trap a victim.

Some critiques have deemed this book as offensive and glorifying the concept of a transvestite killer.

However, Piers argued on Good Morning Britain that he doesn’t believe this to be the case.

Piers argued: “Tranvestisim barely features, and when it does, nothing is made of the fact that the killer wears a wig and a woman’s coat, not a dress, as a disguise when approaching one of his victims.”

But GMB guest and journalist Benjamin Butterworth said the character contributed to “whipping up hate” against the trans community.

Ben continued: “JK Rowling has been tweeting derogatory comments about trans people for some months now, some years.

Read more: The Graham Norton show is set to return this October

“A lot of people, myself included, are incredibly worried about how this smears trans people.”

The GMB host has has enough of ‘cancel culture’

Piers said he doesn’t think JK Rowling should be “cancelled” by popular culture.

Benjamin hit back with: “JK Rowling has not been cancelled, the myth of cancel culture is not alive and well, that’s the only thing that’s dead today.”

However, Piers argued that it’s unfair if only “white straight males” portray serial killers in novels.

He asked: “So what is your position?”

Benjamin replied: “The point is when so few people know about trans people.

“When they are so unfamiliar and so rarely covered in books like this.

“The idea that the only supposed representation as most people would interpret it… is that they are a killer who dress as a woman in order to kill – that is the problem.”

George Galloway then waded into the debate, and seemed to back Piers.

“Telling novelists what mould they must put their characters in?”

Piers spoke over Benjamin as he rounded off the debate with: “The woke brigade is not remotely tolerant!”