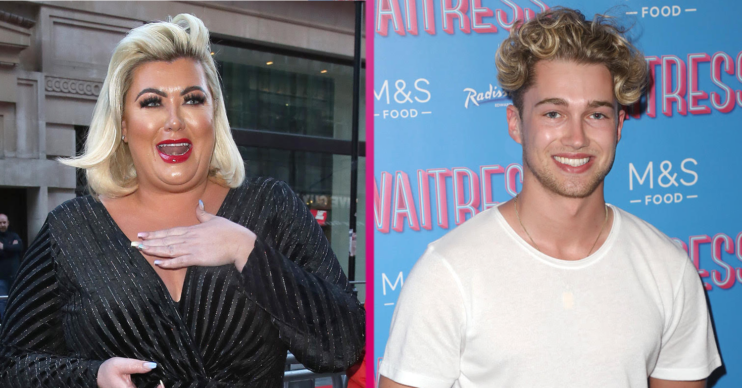 Official advice has warned against it…

Stars including Gemma Collins and AJ Pritchard have been slammed for having bonfires during lockdown.

Both the fire brigade and local councils have advised against starting fires during the pandemic.

Official advice warns against them because the breathing difficulties associated with coronavirus could be made worse by inhaling the smoke from the fires.

However, it appears the stars have ignored the advice.

Gemma – who is staying with her brother and his family in Essex – posted a video online of her blaze.

She commented: “Guys, I’m having a cheeky little bonfire. What else is there to do in lockdown?”

A source close to Gemma, however, revealed the bonfire wasn’t hers.

All the people with COVID-19 or at risk of it – eg asthma or COPD – have to breathe in the smoke.

They told The Sun: “It wasn’t her bonfire, it was her brother’s.”

Former Strictly Come Dancing pro AJ, meanwhile, posted a picture of a bonfire at his parents’ home in Stoke.

His brother Curtis can be seen in the background, while AJ also posed with girlfriend Abbie Quinnen beside the fire.

He captioned it: “Little spring clean.”

His followers were less than impressed, though.

One said: “Really? Unnecessary fires aren’t something anyone should be promoting. The emergency services are under enough pressure and fires can easily get out of hand.”

Another commented: “They are so selfish and self-absorbed!! They don’t care. It’s all me me me in the Pritchard household.”

Read more: Domino’s fans outraged as it removes fan favourite from the menu

“The advice has been no unnecessary fires,” another stated.

“Regardless of whether he lives on a huge estate or a two-bed terraced house, that has been the advice and posting this when he has a quite considerable amount of followers is very irresponsible,” another slammed.

“Most of that could have probably been recycled. Instead it’s contributing to pollution,” another said.

“I’m hoping the furniture in the background didn’t go into the fire. Could have been given to charity,” another stated.

“All the people with COVID-19 or at risk of it – eg asthma or COPD – have to breathe in the smoke,” said another.

Last month, AJ announced he was leaving Strictly Come Dancing, the show that made him famous.

Gemma, meanwhile, has just launched her own chocolate bar.

Head to our Facebook page @EntertainmentDailFix and let us know what you think of our story.