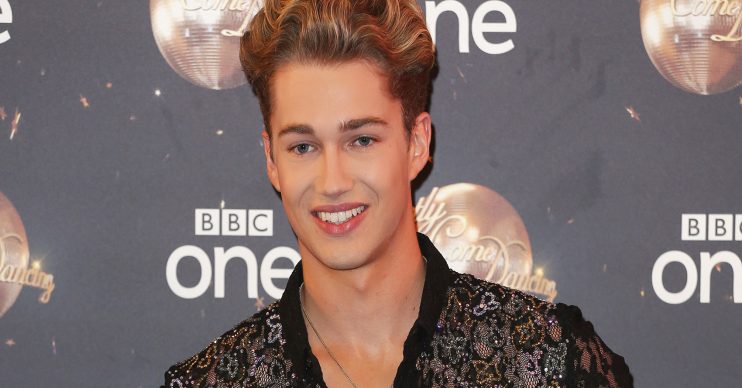 The dancer has decided to part ways with the BBC show to focus on other projects and “explore opportunities”.

In a statement shared to his social media pages, AJ wrote: “I have some news for you all.

I have some news for you all. Please see the below statement from my team 💙 also sending my love to everyone in this difficult time, please keep safe. AJ x pic.twitter.com/Z3jG5ItepP

“Please see the below statement from my team. Also sending my love to everyone in this difficult time, please keep safe. AJ.”

What did the rest of the statement say?

The statement continued: “After four years on Strictly Come Dancing, AJ has decided the time is right to leave the show and follow his dreams.

“To explore opportunities in the presenting world alongside his brother Curtis.

He is excited for you all the join him on the next chapter of his journey.

“AJ would like to thank the team at Strictly and everyone at the BBC for giving him such a brilliant opportunity.

“AJ would also like to send his love and gratitude to all who have followed and supported his career.

“He is excited for you all the join him on the next chapter of his journey.”

What did Strictly say?

After that, a statement from Strictly read: “We would like to thank AJ for four fantastic years on Strictly Come Dancing.

“He is a brilliant dancer who reached three semi-finals during his time on the show.

“He will be missed by fans and the Strictly family. We wish him all the best for the future.”

Fans were gutted by the announcement and shared their thoughts on Twitter.

Following @Aj11Ace’s announcement today, the entire Strictly family would like to wish him every success for the future. pic.twitter.com/hNIuu87GnE

One person said: “AJ! You’re gonna be missed so much!! Good luck for the future anyway.”

Another wrote: “What a shame, you will be missed,” and a third added: “I’m devastated. Good luck in future opportunities, you’re amazing.”

The star danced with YouTuber Saffron Barker on the show last year.

AJ is the second professional dancer to quit the series this month.

In addition, Kevin Clifton announced his decision to leave the show after seven years.

He said in a statement: “To the entire Strictly family. The past seven years have been some of the most wonderful years of my life.

“I am grateful to the BBC and Strictly Come Dancing for giving me the opportunity to have been a part of something truly special.”