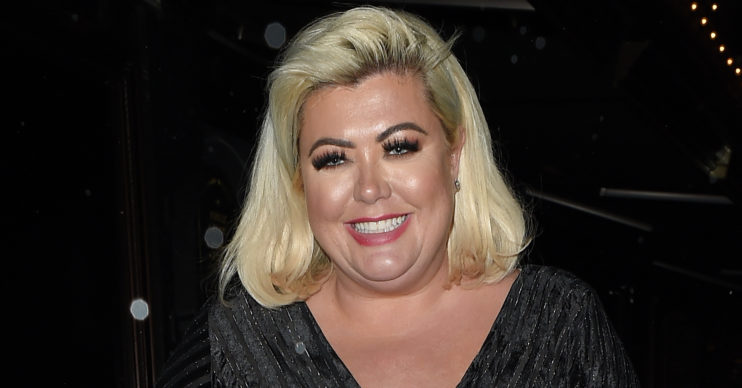 She’s previously warned: “You ain’t ever going to get this candy,” but it appears Gemma Collins has changed her mind.

The TOWIE star has been labelled a “modern-day Willy Wonka” as she launches her own chocolate bar.

The “luxury Swiss chocolate” bar comes in a pink wrapper and features a drawing of Gemma on the front.

It also features a very regal crown – fitting for the reality TV queen.

Gemma said: “Hey divas, I’ve teamed up with @cocoa.plus and have created my very own divalious chocolate bar!”

Lockdown’s just getting better with our GC.

She added: “Trust me, you have never had candy like this before!!”

Gemma added that the bar is made from Swiss chocolate “that’s palm oil-free”.

She concluded: “A perfect treat for the lockdown!”

Fans seemed to agree, with many commenting that they couldn’t wait to get their hands on a bar.

One even likened her to fictional chocolate king Willy Wonka.

They said: “She’s the modern-day Willy Wonka,” likening Gemma to the Charlie & The Chocolate Factory character.

“Already bought it Queen,” said another.

“Lockdown’s just getting better with our GC,” another fan wrote.

“This is iconic,” another declared.

“BRB, ordering it all,” another said.

“I am actually gonna try and get that candy ASAP,” another said.

However, some complained the bar was pretty expensive.

“You ain’t ever gonna get this candy!”

The tagline for Gemma’s new chocolate bar comes as the result of an argument with on/off beau James Argent during an episode of TOWIE.

With James enjoying himself at a Marbella pool party, Gemma bounded over to confront him for talking about things that had happened between them.

In now iconic scenes, a swimsuit-clad Gemma told him: “Take a good look at this, you ain’t ever gonna get this candy.”

He had previously said she had a “pretty face” but “no metabolism”, in a clear jibe about her weight.

The last we heard, it was back on with Gemma and Arg as the pair were spotted outside exercising together.