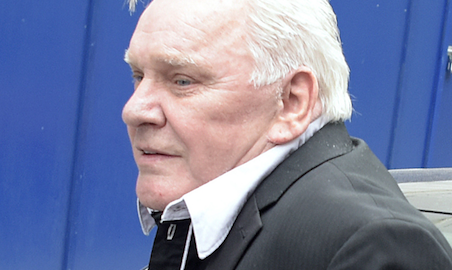 Freddie Starr’s ex reckons fame went to his head and believes he was a “terrible husband”, a report has claimed.

According to The Sun, Betty Simpson – Freddie’s first wife, who he was married to for 12 years from 1960 – claimed the funnyman “liked the ladies too much” and struggled to leave his madcap persona on the stage.

She is reported to have told the news outlet: “He was OK when he first started in showbiz but the fame went to his head.

“He was the best, he was brilliant while he was on stage but he was a terrible husband.”

Betty, mum to Freddie’s son Carl, continued: “When we were together I wanted him to keep his feet on the ground and be Freddie Fowell, not Freddie Starr, when he came home.”

She also suggested the Lancashire-born telly fave – who had wanted to be a singer when he was younger – had squandered his talent.

Reflecting on the career progress of the man she married when he was just 17, Merseyside-based Betty added she felt Freddie was “better than that” when she saw him performing in a slapstick manner on TV with Des O’Connor.

Read more: UK weather: Britain set for a drenching ahead of forecasted heatwave

He admitted in his last Facebook post that he was “getting tired more”, despite insisting he was otherwise fine.

Freddie wrote: “I just have to say thank you all from the bottom of my heart for all the kind comments and messages it really does mean a lot so thank you to each and everyone of you thanks so much. Freddie.”

A year after his heart attack he had been forced to pull out of I’m A Celebrity following just a few days after falling ill before making it into the ITV jungle camp.