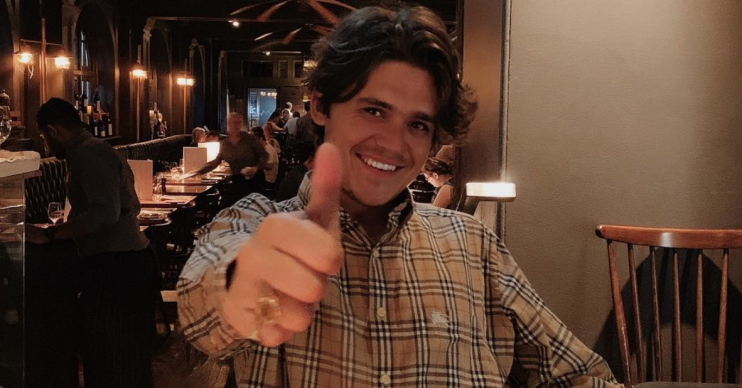 They announced the pregnancy in October

X Factor star Frankie Cocozza has welcomed his first child with wife Bianca, taking to Instagram to announce the arrival.

The singer posted a black-and-white photo of himself holding his newborn son, claiming he knew the baby would be okay because he was “half his mother”.

The image was captioned: “You’re in for one hell of a ride son. You’ll be absolutely fine because you’re half your mother.”

You’re in for one hell of a ride son. You’ll be absolutely fine because you’re half your mother. @biancacocozza

Frankie announced that he and Bianca were expecting their first child back in October, sharing a sonogram to Instagram and saying simply, “Ecstatic”.

The couple married in May of last year in Brighton.

Last week, Bianca took to Instagram to mark their first anniversary, posting a photo from the wedding.

“This day one year ago!” she said. “Now we wait for our baby boy. Love you, happy anniversary.”

Frankie appeared on X Factor in 2011 but left the show amid reports of drug use.

He released two albums as a solo artist before crowdfunding an album with his band Telescreen.