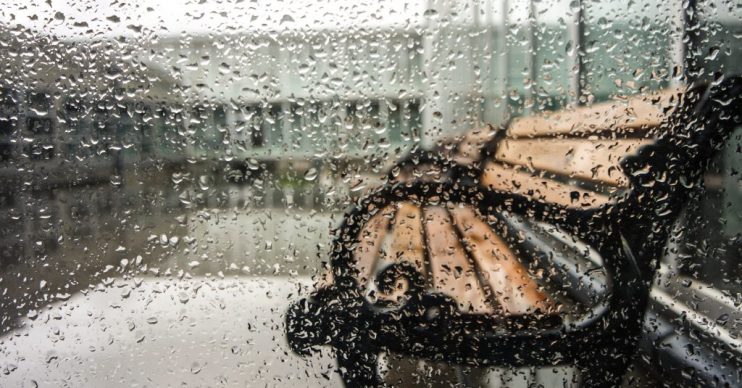 UK weather: Britain set for a drenching ahead of forecasted heatwave

Umbrellas at the ready...

According to reports, Britain is in for a heatwave next week – hooray!

But don’t lather up the suncream just yet, as some of us could be in for a good drenching before the sun comes out.

Weather experts are predicting “showers” in parts of England and Scotland today, quashing any hopes of a weekend barbecue.

Don’t get too downhearted, though, as it sounds like there will be some sunshine between the downpours.

Met Office meteorologist Ellie Creed told the Daily Star: “For some of us, it will be a case of blue sky through Saturday morning; for others, there will have been frost on the ground first thing.

“Temperatures in towns and cities around mid-singles figures, out into the countryside it will have been a fair bit colder than this first thing.

“Some showers around for parts of England and Scotland, but there’s also a lot of sunshine around through Saturday morning.”

Of course, there’s one advantage of such a mixed day of weather – the Met Office is predicting that we might see a few extra colours in the sky.

Read more: Summery conditions on the way with temperatures set to shoot up

It tweeted a message this morning saying: “It’s a day of #sunshine and #showers for many, meaning #rainbows are likely.”

Earlier this week, the Express website reported that Britain is in for a heatwave as high pressure over the UK fends off wind and rain coming in from the Atlantic.

Met Office spokeswoman Nicola Maxey told the site: “Temperatures will continue to rise through next week, and we could see 19C widely across the south, with highs of up to 23C possible.

“With high pressure, we expect blue skies and sunshine, and thereafter the rest of May is looking largely dry, with temperatures around where they should be for the time of year.”

With all of that to (hopefully) look forward to, we reckon we can cope with a bit of rain!