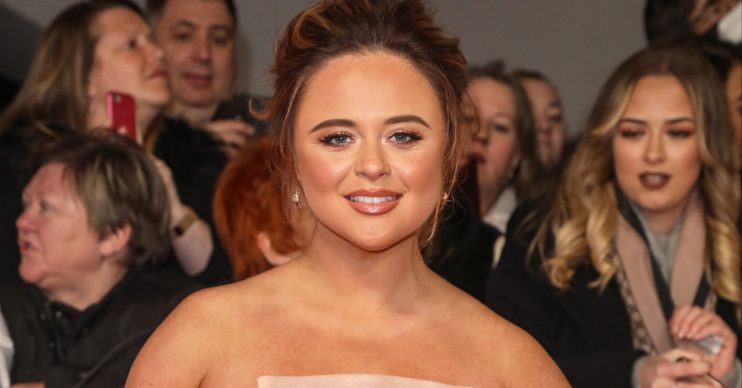 They couldn't keep their hands off each other!

After splitting from boyfriend Rob Jowers last September, actress Emily Atack has been spotted cosying up to a new man.

And the man in question is said to be none other than Love Island star Jack Fincham, who recently announced that he had become a father for the first time.

Jack, who won the show in 2018 with Dani Dyer, and Emily were spotted “snogging” in the smoking area at the National Television Awards earlier this week.

A source told The Sun that the pair looked “very close” at the event.

“Jack and Emily were very close during the evening. They were whispering in each other’s ears and giggling – and it looked as though they had a cheeky snog too,” a source said.

The onlooker added: “They headed outside, made sure the coast was clear and went into the ­smoking area. After kissing, Jack told her: ‘We can’t be seen together,’ and they quickly went off elsewhere.”

After kissing, Jack told her: ‘We can’t be seen together,’ and they quickly went off elsewhere.

Another onlooker revealed that the pair flirted at the after-party, which was held at the neighbouring InterContinental Hotel.

And, the source said, the pair “couldn’t keep their hands off each other”.

They revealed: “They’d retreated into a corner by some stairs in a bid not to be spotted but couldn’t keep their hands off each other. Jack kept pulling her closer and was touching the back of her neck. They seemed to want to keep it discreet as they left separately.”

ED! has contacted reps for Emily and Jack about the claims.

Talk of the potential new romance came just days after Jack revealed that he had become a father for the first time.

He welcomed baby Blossom with Casey Ranger, who he dated briefly following his split from Dani Dyer.

He said: “It didn’t work out romantically for us. However, we are still great friends.”