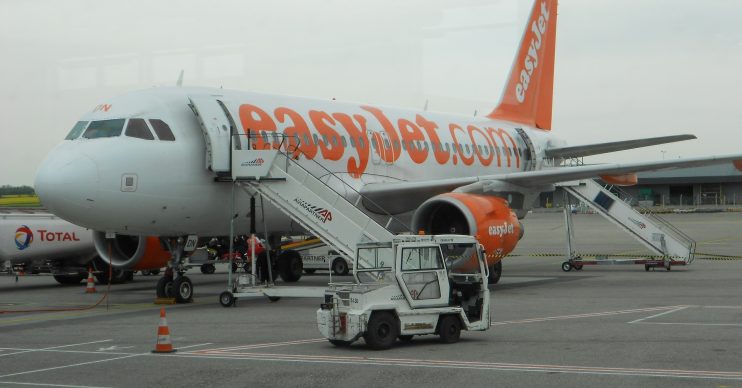 Cabin crew were 'reduced to tears'

Two passengers on an easyJet flight were arrested after a ‘violent’ bust-up left the plane’s cabin ‘covered in blood’.

Police were reportedly called to Edinburgh Airport on Thursday (February 27 2020) when the aircraft landed after flying in from Copenhagen.

According to witnesses, blood was spattered around the cabin and members of the crew were “reduced to tears” after having to deal with the scrap.

One witness quoted by the Daily Record said: “It was very frightening for this to unfold in mid air.

“It was a violent confrontation and an area of the cabin was covered in blood. The cabin crew did a great job to try to contain it. But some were reduced to tears because of what unfolded.”

A spokesperson for easyJet told the Daily record: “We can confirm that flight EZY6980 from Copenhagen to Edinburgh was met by police on arrival as a result of two passengers on board behaving disruptively.”

They added that the passengers were then “removed” by police and placed under arrest.

It was a violent confrontation and an area of the cabin was covered in blood.

Speaking further, the spokesperson said the airline’s cabin crew are “trained to assess and evaluate all situations” and are able to “act quickly and appropriately” to keep passengers safe while ensuring the flight is not “compromised”.

A spokesman for Police Scotland confirmed that two men, one aged 28 and the other 42, were arrested and charged with breach of the peace, relating to an incident on board a flight that touched down at Edinburgh Airport.

Read more: This Morning fans divided over woman who reclined seat on flight

It follows reports of a British woman being jailed for two years after causing chaos on a Jet2 flight to Turkey last year.

Chloe Haines, 26, of High Wycombe in Buckinghamshire, reportedly screamed, “You are all going to [bleeping] die” and was restrained by other passengers when she tried to open the doors at 30,000 feet.

She was handed prison time earlier this month (February 12 2020) at Chelmsford Crown Court, having pleaded guilty to endangering the plane’s safety and assaulting a member of the cabin crew.