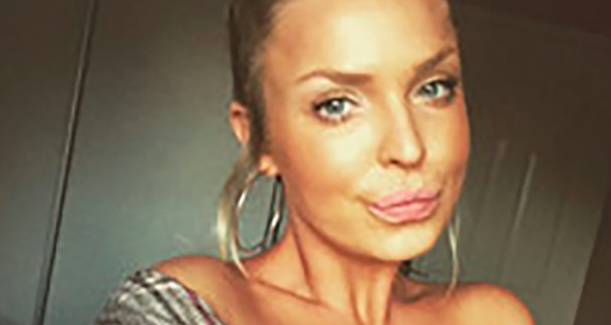 She tried to storm the cockpit...

A 25-year-old woman has been fined a whopping £85,000 after a severe case of air-rage meant her fellow passengers were forced to restrain her after she tried to storm the cockpit.

Chloe Haines is said to have attacked one air stewardess, tried to open the emergency door during the flight and hurled abuse at those around her.

Yeah they were terrified she was going mental an hour into the flight..they had to restrain her until they landed at Stansted and police come on board pic.twitter.com/sj5qpLk5ST

One friend of a passenger who took to Twitter to describe the incident said Chloe was “going mental” and that all flights in and out of Stansted were stopped while police – including fighter pilots – attempted to take control of the scary situation.

She said the young woman was “causing chaos”.

Reports say the raging woman, believed to have been on a cocktail of drink and drugs, attempted to storm the cockpit of a Jet2 destined for Turkey and was heard shouting “I’ll kill you all”.

She had to be restrained by fellow passengers and crew after the reported rant just 45 minutes into the flight from Stansted Airport.

Describing the incident on Twitter, passenger Amiy Varol wrote: “So I get on a plane to Turkey and after being in the air for 45 mins, some drunk lady (may be on drugs too) attacks the cabin crew and then tried to open the aeroplane door!

“Six people are holding her down, she’s screaming, biting people and now she’s in a seat being held down by four people and my brother and cousin.

“It’s awful, everyone’s screaming and crying. Now we’re back at Stansted waiting for the police to come and get her.”

TWEET 1/2
So I get on a plane to turkey after being in the air for 45 mins some drunk lady (may be on drugs too) attacks the cabin crew and then tried to open the airplane door!! 6 people are holding her down, she’s screaming biting people and now she’s in a seat being held down

She added: “I think everyone is shaken up, lots of people are not getting back on a plane so are missing their holidays.”

After the plane was grounded, Chloe was arrested on suspicion of two assaults and endangering an aircraft.

According to The Sun, the Costa coffee worker was travelling with her wheelchair-bound grandmother when she became so enraged she had to be restrained after she apparently sent one attendant ‘flying across the plane’.

Two RAF Typhoon fighters were scrambled to intercept the Airbus 321 bound for Dalaman, Turkey, on June 22.

Once the plane had been guided back to London Stansted, Chloe was arrested and has, understandably, been keeping a low profile ever since.

However, she has now been punished by the airline, who have allegedly fined her more than £85,000 and banned her for life.

It said the enormous bill was to cover “operating costs, airport charges and passenger welfare costs”.

He said: “Miss Haines’ behaviour was one of the most serious cases of disruptive passenger behaviour that we have experienced.

“She must now face up to the consequences of her actions, and we will vigorously pursue to recover the costs that we incurred as a result of this divert, as we do with all disruptive passengers.”

He continued: “As a family friendly airline, we take an absolutely zero tolerance approach to disruptive behaviour, and we hope that this sobering incident, with its very serious consequences, provides a stark warning to others who think that they can behave in this fashion.”

According to the newspaper, Chloe is currently banned from driving for 28 months after being found guilty of drink driving.

What do you think of this woman’s behaviour? Leave us a comment on our Facebook page @EntertainmentDailyFix and let us know what you think!