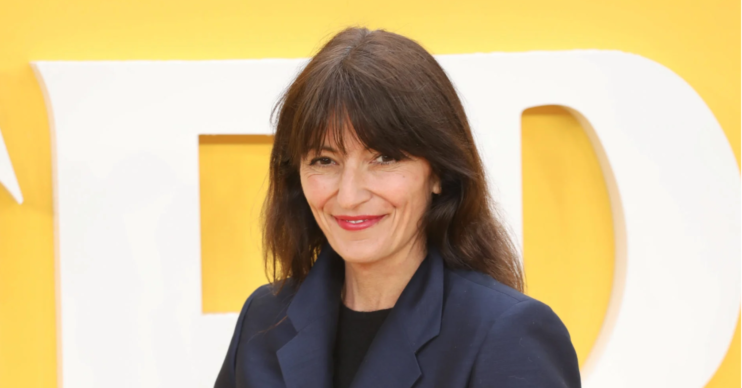 GSCE and A-level results will now based on teachers' assessments

The former Big Brother host reached out to her young fans on Twitter as she addressed the ongoing results crisis.

It comes shortly after it was announced that all A-level and GCSE results in England will now be based on teacher-assessed grades.

What did Davina McCall say?

Taking to social media, Davina, 52, penned: “Just want to say well done to our teenagers. You sacrificed a lot for us oldies to stay safe.

“You stayed in for months, missed out on 16 & 18 parties, proms, festivals, and saying goodbye to your school. Thank you. I’m hoping this u turn will have a positive impact for many of you.”

She added: “Also, an enormous thank you to our Twitter family.

“For your support of our teenagers. Many of you didn’t even have kids in exam years but were on board. Thank you x.”

Just want to say well done to our teenagers. You sacrificed a lot for us oldies to stay safe. You stayed in for months, missed out on 16,18 parties, proms, festivals, and saying goodbye to your school. Thank you .I’m hoping this u turn will have a positive impact for many of you

What’s happening to A Level and GCSE results?

In a shock U-turn, the government have now decided to award students their GSCE and A-level results based on teachers’ assessments.

Education Secretary Gavin Williamson announced the news on Monday (August 17), saying he was “incredibly sorry for all those students who have been through this”.

Read more: Sam Bailey admits she’d ‘love to go back’ to Loose Women and likens it to being ‘called up to the army’

He added that the government had tried to “ensure that we have the fairest possible system,” but that there were “unfairnesses” in the way grades were marked.

The decision came amid reports that teachers all over the country were having to appeal tens of thousands of results downgraded by exam boards.

How were students affected?

According to BBC News, head teachers had warned of “volatility” in the 2020 A-level results, following the cancellation of exams due to the coronavirus pandemic.

England alone, 36 per cent of entries had a lower grade than teachers predicted. Of those, three per cent were down by two grades.

Williamson previously said: “The majority of young people will have received a calculated grade today that enables them to progress to the destination they deserve, with the added safety net of being able to appeal on the basis of their mock results, as well as the chance of sitting autumn exams.”