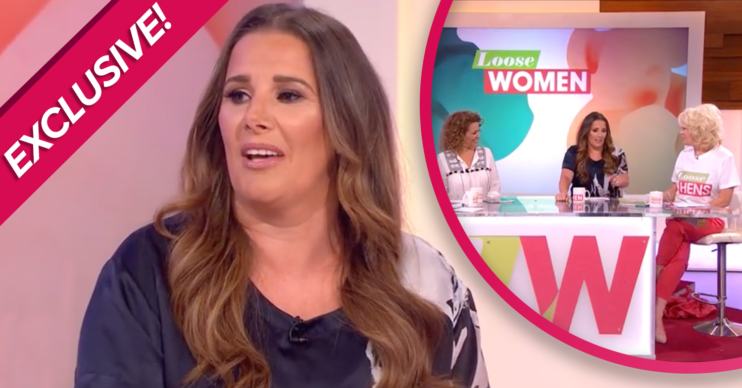 Sam has appeared as a guest panellist on the show

Former X Factor winner Sam Bailey went down a storm when she appeared on Loose Women as a guest panellist.

After winning Simon Cowell‘s TV talent show in 2013, Sam appeared on the show as a guest.

And she went down such a storm that the ladies couldn’t wait to invite her back as a guest panellist.

Now, with the show enjoying a different format due to coronavirus and social distancing, could it be time for Sam to make a comeback?

Why does Sam Bailey want to return to Loose Women?

Entertainment Daily spoke exclusively to the X Factor champ – who is a mum of three – and she told us she’d love to rejoin the show.

Read more: Festive Aero Dreamy Snowbubbles launch in the UK ahead of Christmas

Sam added that her experience of lockdown with kids Brooke, 15, Tommy, 11, and Miley, almost six, would mean she has a lot to talk about.

It’s like getting called up to the Loose Women army, that would be cool.

She shares the kids with husband Craig Pearson.

“I don’t know if it could happen,” she said talking about a return to the show, “it would be nice to get that call up.”

She then likened the call from ITV to being “called up to the army”.

“I think you’ve just got to be honest and yourself on there and say it exactly how it is,” she added.

One subject is off limits

There’s one subject that would be out of bounds for Sam, though – politics.

“I’ve been on quite a few chat shows and I’m like: ‘Please don’t talk to me about politics.’

“As soon as that comes on I just have to hold my hands up and say: ‘I don’t know anything about it,'” she said honestly.

However, one thing she does know about it parenting.

Sam added to ED!: “But when it comes to kids, I’m like the don. I know so much about being a parent.”

Head to our Facebook page @EntertainmentDailyFix and tell us if you’d like Sam to return to the show.