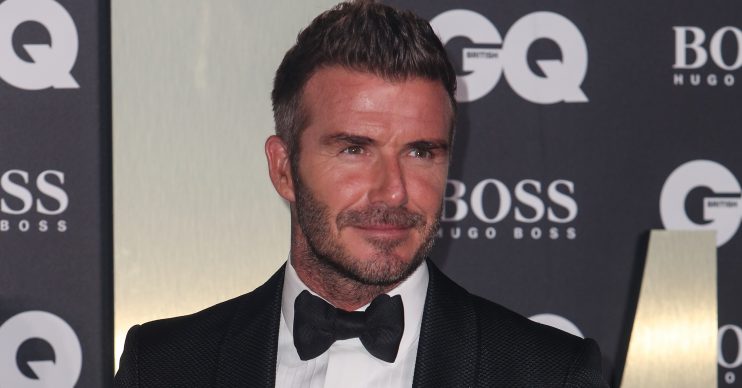 A big moment for the former pro

Retired footballer David Beckham has shared a “very proud moment” he experienced with his kids as he enjoyed an evening out with them in LA.

The dad-of-four, 44, posted a snap on Instagram that showed him hanging out at the home stadium of his former club, LA Galaxy, with all of his children.

He had taken them to see the statue of him that the MLS side put up in his honour earlier this year.

It was the first time Brooklyn, 20, Romeo, 17, Cruz, 14, and Harper, eight, had seen the impressive tribute to their old man, which shows the former Manchester United star frozen mid-kick in his Galaxy get-up.

David told his 58.8million followers that showing his brood the statue, located at the Dignity Health Sports Park in Carson, California, marked a “very proud moment” for him as a dad.

So special to see this amazing statue of my dad.

He wrote in the caption: “Very proud moment tonight, taking the kiddies to see daddy’s statue for the first time…”

It appears the feeling was mutual, as his two younger sons posted about the evening over on their own Instagram accounts.

Romeo shared a pic of himself next to the statue and wrote, “So sick, proud of you, dad” with a heart emoji.

And Cruz told his followers: “So special to see this amazing statue of my dad, such a great achievement and we are all so proud of you, love you lots dad.”

So special to see this amazing statue of my dad, such a great achievement and we are all so proud of you, love you lots dad ❤️ @davidbeckham

It follows a picture featuring David that sent fans of the hit ’90s sitcom Friends into meltdown this week.

Monica Geller actress Courteney Cox, 55, posted a snap of herself in a hot tub with the ex footballer – and it appeared to show her hand on his leg.

She captioned it, “Too hot in the hot tub! #modernfamily”. Naturally, an avalanche of comments about her on-screen husband Chandler Bing – and what he would make of it – flooded the comments.

Others simply wondered what the pair were doing together, but a second photo clarified that she and David had been filming cameos for the hit US comedy Modern Family.