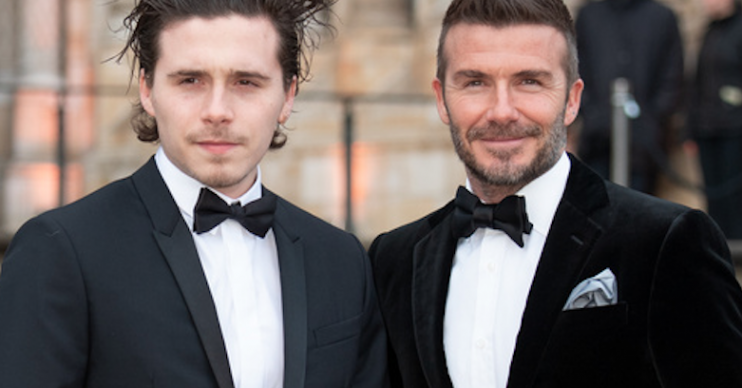 They don't even have the excuse of sharing the hot water!

David Beckham and his eldest son Brooklyn have delighted fans by stripping off and taking a dip together.

A snap of the footballing legend and the 20-year-old with their tattooed torsos out was met with very approving comments and dozens of heart emojis from adoring fans after being uploaded to Instagram late last night.

David, 44, lightly took the mick out of both himself and Brooklyn enjoying the outside tub in the caption as he pointed out the water was in no way warm.

“Obviously something was funny about being in an ice bath in October,” he wrote.

Followers loved David’s humorous take – with many making their own gags about the Beckhams choosing to sit in freezing water outside when weather experts are predicting the coldest winter in 30 years is on the way.

“Looks like you’re having a ICE time,” punned another person.

A third added: “Brrrrrrrr-ooklyn is so lucky to get to CHILL with his dad.”

Brooklyn – wrapped in a towel and with his hair drying – also uploaded an image that appears to be from the same family time spent with his dad, proclaiming he ‘loves the countryside’.

Hopefully that open fire will have helped him warm up after his chilly soaking – although maybe putting a top on may have helped, too!

Doting dad Dave often highlights how he spends time with his kids on social media – and wife Victoria also recently hailed him for spending quality time with their youngest, Harper.

The former Spice Girl shared a video on her Instagram Stories showing him hard at work building a model of Hogwarts in Lego for his Harry Potter-obsessed daughter.