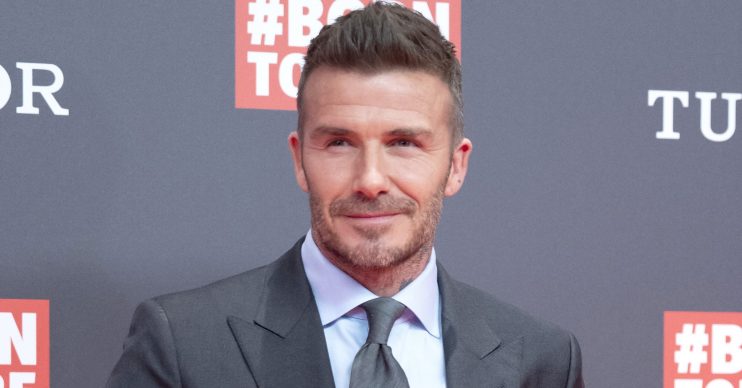 Fans of David and Victoria Beckham have been avidly watching their Instagram feed as the celeb power couple have been uploading snaps from their boat trip with Elton John and his partner David Furnish.

Now Victoria, 45, has uploaded a new photo from their holiday showing her ex-England football captain husband doing a hilarious impression of Elton.

The snap showed David, 44, wearing a glamourous gold, black and white jacket as well as an oversized purple pair of glasses.

Victoria captioned the image: “This is everything!! #rocketman @eltonjohn@davidfurnish @davidbeckham.”

We love u @eltonjohn @davidfurnish x Kisses from the sunshine xxxx ✨✨

“I DONT KNOW IF I SHOULD BE IMPRESSED OR JEALOUS,” one follower said.

Another joked: “Can I borrow that shirt please!!”

Gorgeous day with @eltonjohn @davidfurnish . 24 years we have known each other and we laugh like it’s day one .. ♥️♥️

David took a cheeky swipe at his wife Victoria after she donned a billowing, floor-length gown during their holiday.

David poked fun at Vic’s white frock after they were invited to spend the day onboard a yacht with their close showbiz pals, Sir Elton John and David Furnish.

Sharing a picture of his wife wearing the dress, which is her own VB design and no doubt comes with an eye-watering price tag, David wrote on Instagram: “I mean, come on, really, boat wear @victoriabeckham style.”

He then added a rolling eyes emoji, just to make his thoughts on her choice of clothing abundantly clear!

After a week frolicking with their showbiz pals, Victoria has reportedly told pals that their ‘endless summer holiday’ must now end.

Closer quotes a source, who said: “Vic is already feeling nostalgic for what she has called the ‘best summer ever.’

“It really has been perfect and Vic’s gutted that it’s drawing to a close – she’s already trying to recapture it. Despite some drama with Brooklyn amid speculation his relationship is ending, they had a blast.”