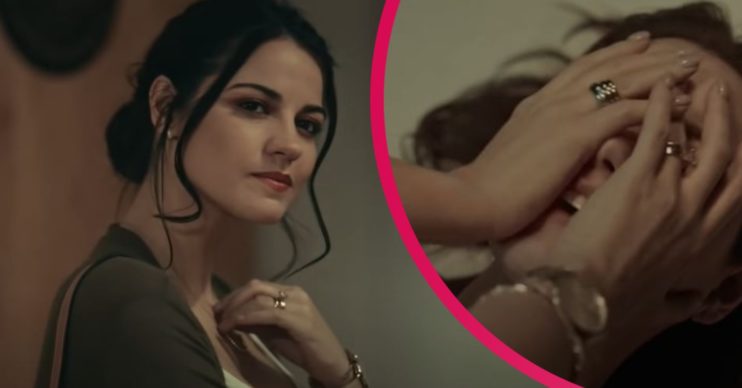 Raunchy drama Dark Desire has landed on the UK Netflix and viewers are calling it a “must watch” and “10/10” show.

All 18 episodes of the Spanish series were added to the streaming platform this week (Wednesday, July 15) and people are struggling to stop watching the risque programme.

What are viewers saying about Dark Desire?

Reacting on Twitter, a flood of Netflix viewers have recommended the drama, which some have described as similar to 365 Days.

One wrote simply, “Dark Desire on Netflix” alongside a fire emoji, while another said it’s “so good” and someone else said they are “hooked”.

Others called it a “must watch” and recommended giving it the binge treatment.

“If you love marriage scandal, issues and betrayal kinda series then check out the new Spanish series by @netflix called Dark Desire,” said one fan of the show.

Dark Desire on Netflix is so good!

“[it’s] is a 10/10 to watchhhhhh I ammmmmm just hooked,” another said excitedly.

Another said: “So good! First episode in and I’m hooked… thank me later.”

Dark Desire on Netflix!! So good! First episode in and I’m hooked.. thank me later 😊

What id Dark Desire about?

An official Netflix description reads: “Alma Solares, a prestigious lawyer and college professor, visits her best friend for the weekend to ‘process the grief’ of the latter’s divorce.

Read more: I’m A Celebrity… Get Me Out Of Here! bosses ‘want Tiger King’s Carole Baskin for next series’

“During the getaway, Alma meets Dario Guerra, a 23-year-old, and they have a wild tryst.

“She returns home with her husband and daughter, determined to forget her lapse in judgment, but her life becomes a living hell.

“What started as a minor adventure becomes an incendiary passion, and then a dangerous obsession, unraveling a chain of secrets of a past that fatally binds them all.”

Series one of Dark Desire is available to stream now on Netflix.

Will you be watching it? Leave us a comment on our Facebook page @EntertainmentDailyFix and let us know.