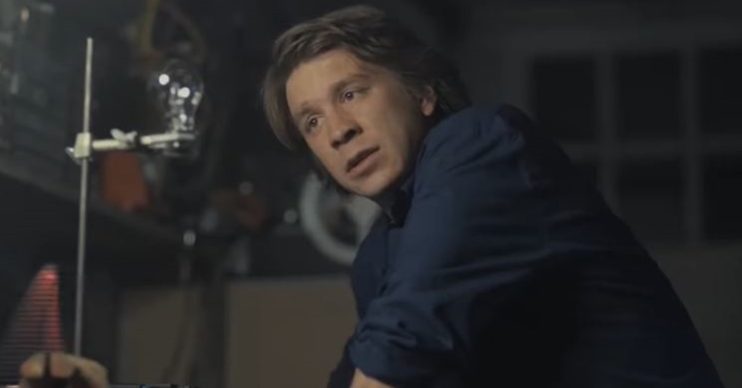 It was originally released in 2018

Our House, the latest horror film added to Netflix, is so disturbing, viewers claim they are struggling to get to sleep after seeing it.

The movie, originally released in 2018, tells the story of a terrifying machine that has the ability to bring people back from the dead.

The machine’s creator, college student Ethan (played by actor Thomas Mann), visits his parents and siblings – and his life takes a heartbreaking turn.

This is when he machine comes into play, and it initially seems a good idea to bring loved ones back from the dead.

But demonic forces take advantage of the situation and find their way into Ethan’s life.

It makes for some truly terrifying scenes.

Viewers have taken to social media to discuss Our House, with some admitting it almost made them poo themselves, and others claiming it ‘messes with people’s heads’. The advert alone terrified others, while some worried about losing sleep over it.

What are Netflix viewers saying?

On Twitter, one apprehensive Netflix viewer wrote: “You know how when your screen is somewhat dark you can kinda make out your reflection? Well Netflix decided to play the ad for Our House and I saw my reflection and the girl walk by, and thought it was a reflection of a ghost girl in my room and I almost [bleeped] my pants.”

A third tweeted: “Soo, Our House on Netflix is actually good.”

“I just watched Our House on @netflix and it was [fire],” said a fourth.

Someone else wrote: “Our House on Netflix was a lil’ scarier than it had to be.”

Soo, “our house” on Netflix is actually good.

“Our House on Netflix, I highly recommend if you’re into horror thrillers,” another Netflix customer said.

Commenting on a trailer on YouTube, one fan of the film said: “This movie was the business! I just watched it last night on Netflix. I like that it does what a thriller is supposed to, it messes with your head. The script was well written and it wasn’t lame or cheesy. It was great!”

One Netflix customer appeared too scared to even press play, as they wrote: “Has anyone seen that scary movie on Netflix called Our House? Can somebody be a test dummy for me…

‘Our House’ on Netflix, I highly recommend if you’re into horror thrillers.

Are you brave enough to watch Our House? Leave us a comment on our Facebook page @EntertainmentDailyFix and let us know.