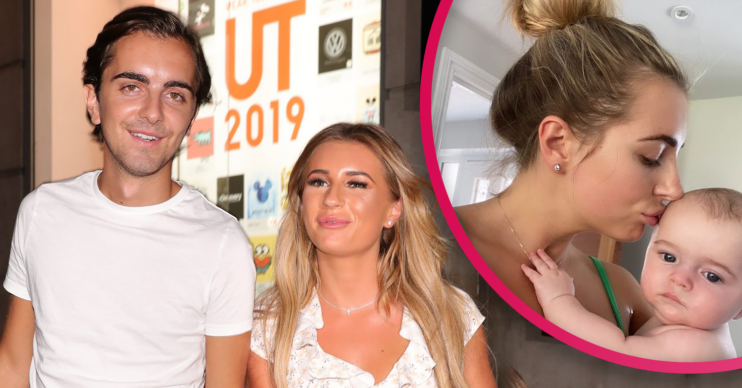 Sammy was sentenced last week, with a jail term handed down after he conned two pensioners out of £34,000.

It has since been reported that Dani has split from Sammy.

And that certainly appears to be the case as she failed to mention him in a six month birthday post to their son Santiago.

Dani shared a couple of posts to her Instagram Stories and two adorable pictures of Santi with his favourite bunny to her grid.

She said: “6 whole months of loving you baby boy…

“Can’t believe how quick the time is going, you’ve made me realise how precious time is, and what it’s like to not have a lay in any more 😂

“Mummy loves you more than words could ever describe ✨.”

How did Dani’s fans react to the post and did anyone mention her boyfriend?

Dani’s fans admitted they “can’t handle the cuteness” of her gorgeous son Santi.

“Beautiful boy. And a proper Dyer,” another commented.

Others said that he looked like Dani’s dad, EastEnders actor Danny Dyer.

“He’s the image of your dad,” one fan commented.

“He looks so much like Grandpa Danny here,” another agreed.

There were a couple of negative comments about Sammy, though.

Posting to her Stories, last night (July 22) Dani shared a shot of Santi with his bunny and one of Santi getting a kiss from his mum.