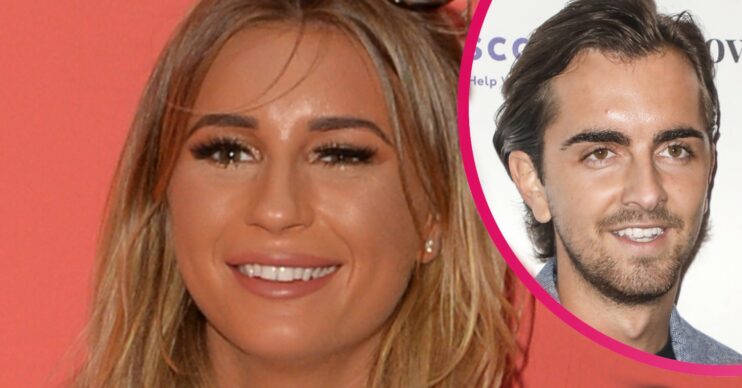 Dani Dyer spoke about having a second child with boyfriend Sammy Kimmence just days before he was sent to prison.

Read more: The most popular Love Island contestants ever revealed

While appearing on her official YouTube channel, Dani opened up about expanding her family.

And this was published just days before Sammy was sentenced to over three years in prison for scamming pensioners.

What did Dani Dyer say about a second baby?

Addressing her YouTube fans Dani said she wanted to wait a bit before having another baby.

She said: “I’ll probably wait until Santi is two.”

And went on to say she doesn’t want to “rush it” but understands why people choose to have babies back to back.

Dani continued: “I don’t feel like you can plan these things. I feel like when I’m ready.

“I don’t want to rush it…people who have babies like two under one. I reckon it’s amazing when they’re older because they’re best friends.

“But that must be difficult. But I feel like you can’t plan.

“I’m literally just loving being Santi’s mummy at the minute and I’m enjoying just him growing up and I really want to just cherish these moments and not rush it.”

Why is Sammy Kimmence in prison?

Sammy has been sentenced to three and a half years in prison after scamming old age pensioners out of £34,000.

While working as a senior trader at Equine Global Sports Limited (which has since gone into liquidation) he scammed two elderly gentlemen out of their savings.

One of them, Peter Martin, has since passed away. And the other victim, Peter Haynes, suffers from Alzheimer’s.

Sammy posed as an investment expert, only to spend the pensioners’ money on his lavish lifestyle.

He reportedly spent their money on holidays abroad, clothes and a personalised numberplate for his Mercedes.

Have Dani Dyer and boyfriend Sammy Kimmence split up?

According to recent reports, Dani may have split from Sammy.

He apparently misled her on his crimes and had told her they were not “that serious”.

A source told the Mail Online: “All she knows is that her baby boy Santiago is the only thing that matters now and she is trying to work out how best to look after him as a single parent.”

Then adding: “She needs time to think it through. Sammy completely downplayed the court case every step of the way.”