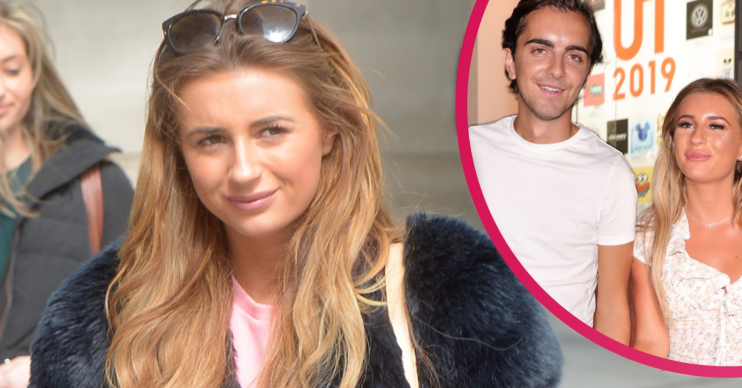 She's said to be floored by the news

Dani Dyer has ‘split’ from partner Sam Kimmence after he was sentenced to three and a half years in jail, reports claim.

Former Love Island star Dani, 26, is said to be “smashed apart” as she comes to terms with the dreadful news.

What did Dani Dyer say about Sammy Kimmence?

A source told the Daily Mail: “She is absolutely floored by what’s happened with Sammy. She knows she has to make massive changes in her life and she’s so distraught…

Read more: Sammy Kimmence – boyfriend of Dani Dyer – sentenced to three and a half years in prison

“The little dream family she thought she had has been smashed apart and she is now trying to work out how best to pick up the pieces.”

The source went on to say that Dani is concentrating on bringing up her baby boy Santiago, who arrived in January of this year (2021).

Furthermore, the source also disclosed that Sammy had “downplayed” the court case and led her to believe that he had done nothing wrong.

Dani, according to the source, is “desperately sorry” for the victims of the crime.

Earlier this morning (Thursday July 15), The Sun also reported that Dani was fully expecting her partner to be let off.

So much so, she had “booked holiday tickets” for the whole family to get away.

What did Sammy do?

Subsequently, he received a three-and-a-half-year sentence.

The jury also heard that Sammy used the money to fund a lavish lifestyle.

When the judge delivered the verdict Sammy called himself an “awful human being” in court.