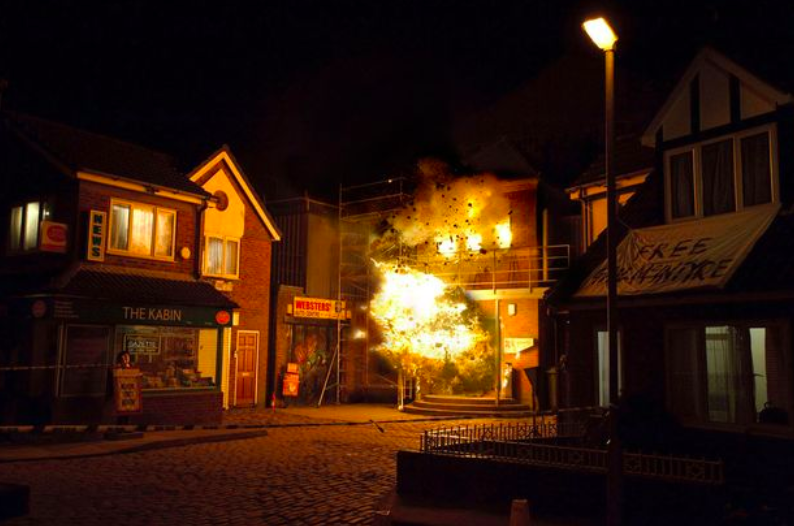 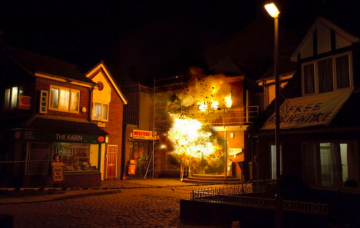 But do you agree?

It’s the disaster that has already claimed one life, and is set to ruin many more. But the question Corrie viewers really want answered is: Who caused the factory roof to collapse? And why?

However, some eagle-eyed fans think they already know.

Read more: Corrie fans will have to wait FOUR days to see the fallout from factory collapse

On Wednesday night (20 March), fans were left sobbing their eyes out when Rana Habeeb was confirmed to be the Weatherfield resident to lose their life in the tragedy.

Instead of marrying her fiancée Kate Connor as planned, she was crushed to death as the factory roof collapsed and pinned her down.

Unable to escape and with severe internal bleeding, she bid a heartbreaking farewell to Kate before slipping away.

Now the ‘accident’ has caused a death, fans will have to wait to discover who was behind it – with Carla Connor, Peter Barlow, Seb Franklin, Gary Windass, Nick Tilsley and Robert Preston all in the frame.

All viewers saw in the lead up to the tragedy was a hooded figure dressed in black sabotaging the factory’s roof in the early hours – an act that ultimately led to the roof collapsing.

Whether they meant for the roof to kill anybody is not yet known, but Corrie has made it clear a “super-villain” is living on the cobbles.

Fans, however, believe they have sussed out the culprit after a number of ‘clues’.

While some believed the mystery character looked a lot like Seb, many have become convinced that the villain is in fact Nick Tilsley.

After all, even his own brother David has grown suspicious of Nick and confronted him…

However, Nick told him everything about the roof being damaged and Carla knowing about it the whole time – pointing the finger at the factory boss.

While he protested his innocence, fans turned to Twitter to accuse Nick.

One said: “So who do we think is responsible? My money is on Nick. He had more motive than anyone else, he was desperate for the money, he had opportunity and he thought no one would be in the factory. He thought it would be a victimless crime #Corrie.”

Another said: “Nick’s looking so guilty.”

A third added: ‘Who was on the roof? My money’s on Nick.”

Yeah. It was Nick though. #Corrie

So who do we think is responsible. My money is on Nick, he had more motive than anyone else, he was desperate for the money, he had opportunity and he thought no one would be in the factory. He thought it would be a victimless crime #Corrie

@itvcorrie #Corrie NICK, was it Nick ?

I reckon Nick is the villain, after all they have been discussing a replacement Phelan for months. Nick is neither good looking, nor fearsome enough to convince me. #Corrie #lorraine

Well you robbed your Gran, Nick so you’re capable of anything! #Corrie

“I reckon Nick is the villain, after all they have been discussing a replacement Phelan for months,” said another.

Some fans even believe Carla AND Nick have joined forces on the villainous act for insurance purposes.

One slammed Nick for “being capable of anything after robbing his own gran”.

Has David sussed out his brother? And, if so, will he expose him?

Or are the fans wrong and it’s someone else entirely?

Who caused the factory roof to collapse? Leave us a comment on our Facebook page @EntertainmentDailyFix and let us know what you think!