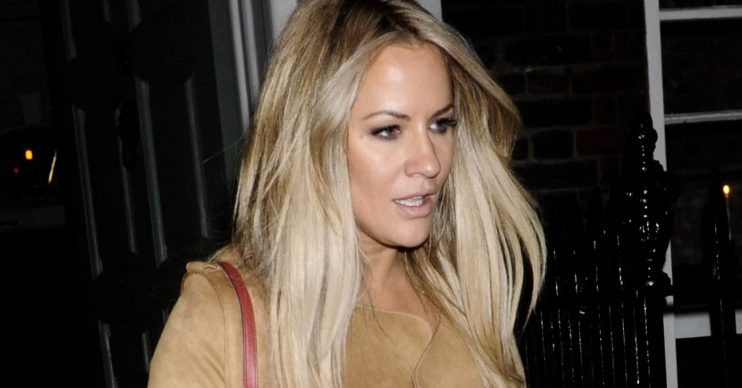 She was due to appear on March 4

Caroline Flack was reportedly terrified of police bodycam footage being shown during her impending assault trial.

The TV presenter, who took her own life at the weekend, was due in court on March 4, after being charged with assault.

She was arrested in the early hours of December 12 after police and paramedics attended her home following a 999 call from her boyfriend, alleged victim Lewis Burton.

He reportedly told the operator: “She’s trying to kill me, mate.”

Caroline pleaded not guilty to assault by beating during a hearing on December 23 and was ordered to stand trial at Highbury Magistrate’s Court in North London next month.

Prosecution claimed that the 40-year-old had hit Lewis over the head with a lamp, which he vehemently denied.

Insisting he was “not a victim”, Lewis stood by his girlfriend, even when they were banned from contacting one another.

There is no simple explanation for why someone chooses to die by suicide and it is rarely due to one particular factor.

Caroline was advised to stay off social media but posted a Christmas message to her fans, vowing to clear her name when she could have her say.

Meanwhile after the hearing Lewis posted on Instagram: “What I witnessed today was horrible. She did not hit me with a lamp. Gutted I am not allowed to protect her right now.”

Now, according to The Sun, close friends have suggested the Love Island star was driven to suicide over fears of the bodycam footage, which reportedly features her severely distressed and in a state of undress, being shown in court.

Charity Samaritans advises: “There is no simple explanation for why someone chooses to die by suicide and it is rarely due to one particular factor.”

News broke on Saturday evening of Caroline’s tragic death; it’s understood she killed herself after a friend who was staying with her went out to the shops.

Unable to get back into Caroline’s flat, the friend raised the alarm.

The tragic story has sent shockwaves through the showbiz world, with dozens of celebrities posting tributes to their colleague and friend.

Her beloved Love Island was pulled off air for two nights, but will return to ITV2 tonight with a special tribute.