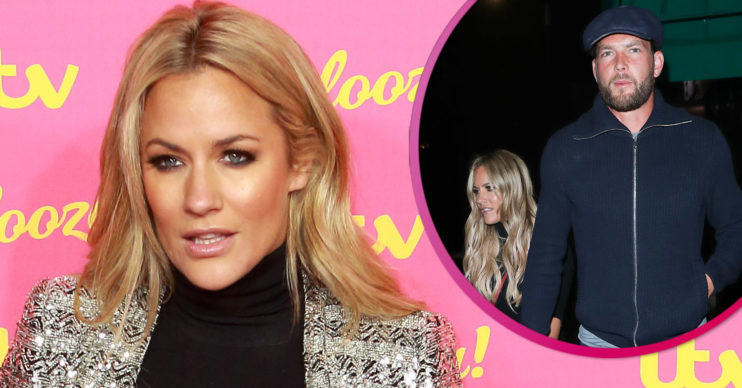 Mum of Caroline Flack, Christine, has reportedly left a string of comments on her late daughter’s Instagram profile relating to former boyfriend Lewis Burton after he ‘confirmed’ his new girlfriend Lottie Tomlinson.

Comments on the profile under the name of @ccjep, who is believed to be Christine, were spotted alongside old photographs of Lewis and Caroline over the weekend.

One comment, which was posted three weeks ago, made reference to Lewis’ new relationship with Lottie Tomlinson.

Read more: Sam Bailey choked up as she reread messages from ‘supportive’ Caroline Flack after her death

Under a photo of Lewis and Caroline together from August 2019, Christine allegedly wrote: “He is now in the same pose, different girl.”

The grieving mother also commented alongside a separate photo of the two together five months ago: “This relationship did end her life.”

She added: “Want this deleted so much.”

At Caroline’s inquest, Christine accused police and prosecutors of “having it in” for the presenter.

The late Love Island host took her own life in February – weeks before she was due to stand trial for alleging assaulting her boyfriend in December.

Speaking at her inquest at Poplar Coroner’s Court, Christine told deputy chief Crown prosecutor Lisa Ramsarran: “After listening to you and the first lady (Ms Bateman), I feel even more that you had it in for Caroline.

“I now know how Caroline felt and it is not very nice.”

Christine also told how a picture of the bloody scene from the flat her from the night of the incident had “killed her”.

Christine told how Lewis had then sent the picture to a former girlfriend.

Meanwhile, in a written statement, Lewis said: “The last time I saw Caroline she was very upset, in fact devastated. She was not in a good place emotionally.

“Sometimes she talked about taking her own life when she was extremely upset.

“What was worrying her most was the police case and losing her presenting job on Love Island. Plus not being able to see me.”

Last week, Lewis confirmed his romance with Lottie after the two were spotted holidaying together in Ibiza.

The pair were rumoured to be an item just days after the inquest into Caroline’s tragic death.

Reports suggest that Lewis and Lottie bonded over the grief of losing loved ones.

Read more: Caroline Flack asked friends to leave after they called ambulance night before her death

Lottie lost her mother in 2016, and younger sister Félicité died of an accidental drug overdose in March 2019.

A source told the Daily Mail: “Lewis and Lottie have grown close after spending time together at a party at [mutual friend] Lou’s house.

“They have been meeting up in secret for weeks but their newfound friendship hasn’t gone unnoticed by mutual pals.”