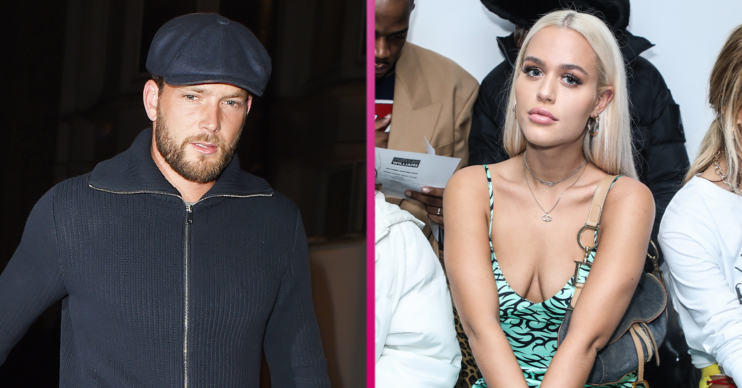 The Love Island presenter was pals with 22-year-old Lottie

Lewis Burton has been pictured with his rumoured new love interest, just days after the inquest into Caroline Flack’s death.

Caroline took her own life in February after being charged with assaulting Lewis – her then-boyfriend – with a lamp.

This is something she denied.

Now, just days after a coroner ruled her death as suicide, it appears the tennis coach may have once again found happiness.

Lewis, 28, reportedly spent the night before Caroline’s inquest with Lottie to celebrate her 22nd birthday.

And, on Friday (August 7), the pair were spotted enjoying a stroll in the sunshine while sipping on juices.

Lottie and Lewis have been there for each other as a shoulder to cry on.

It’s thought the pair have bonded over the grief of their loved ones.

Lottie lost her mother, Johannah, to cancer in December 2016.

Her sister Félicité died of an accidental drug overdose in March 2019.

It’s thought Lewis and Lottie started getting close at a party held by Caroline’s close friend Lou Teasdale to mark the three-month anniversary of her death in May.

A source told the Daily Mail: “Lewis and Lottie have grown close after spending time together at a party at Lou’s house. They have been meeting up in secret for weeks but their newfound friendship hasn’t gone unnoticed by mutual pals.”

The source continued that not all of Caroline’s mates are happy with the prospective new romance.

“Not all of Caroline’s friends are happy with how the situation appears to be developing but can understand that both Lottie and Lewis have been there for each other as a shoulder to cry on,” the source added.

“Couldn’t wait to be reunited”

They concluded: “Lewis spent last week in Marbella while Lottie was in St Tropez the weekend previous, so they couldn’t wait to be reunited with each other on Friday.”

It appears Lewis did miss stunning Lottie while they were apart.

He is said to have liked a series of Instagram posts she shared of herself in her swimwear while on holiday.

Lottie and Caroline were friends through their links with The X Factor, which Caroline worked on and Lottie’s brother competed in.