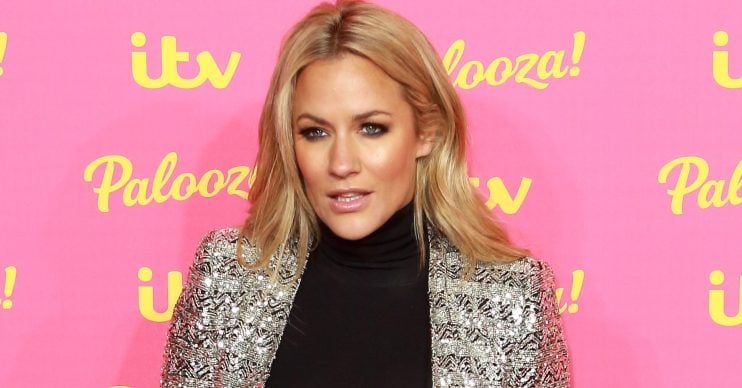 Caroline Flack insisted her friends to leave her after they called an ambulance the night before she died, an inquest has heard.

The 40-year-old presenter left long-term friends Louise Teasdale and Mollie Grosberg worried after she sent a message saying she was going to kill herself.

The incident took place the day before Caroline’s passing, with the pair calling 111 for help.

They later phoned for an ambulance an hour later when help didn’t show.

During today’s inquest into the presenter’s death at Poplar Coroner’s Court, Ms Grosberg explained Caroline later told the paramedics she had a “headache” soon after they arrived.

Caroline Flack was ‘scared about police’

She said: “We were obviously very scared about getting the police involved.

“It was agreed she wasn’t going (to hospital) and I got very angry and shouted, I said this was ridiculous.

“They (paramedics) said: ‘She doesn’t want to go… you are going to have to do some baby sitting.'”

Caroline was apparently “upset” that medics were involved.

Paramedic Tony Rumore said: “We asked Caroline if her intention was to harm or kill herself, she said it was merely an attempt to sleep and escape from the stresses she was under.

“At that point, Caroline said she adamantly would not be going to hospital and wanted to stay at home.”

Her close friends stayed with her in her flat and left the next morning.

According to Ms Teasdale, the presenter appeared upset over them contacting emergency services for fear the incident may have gone public.

Ms Teasdale told the inquest: “Caroline spoke to her family about coming the next day because she wanted us to leave, she was quite angry with us. She didn’t want us there.

“We were always nervous to call the police because she didn’t trust the police, and she didn’t want anything to come out to the public which looked like she was having a breakdown.”

The former Love Island presenter took her own life in February.

The star had been due to stand trial in March 2019 accused of assaulting her boyfriend Lewis Burton.

Both she and Lewis denied this charge.

The inquest also heard that one of the paramedic crew found a handwritten letter at Caroline’s home.