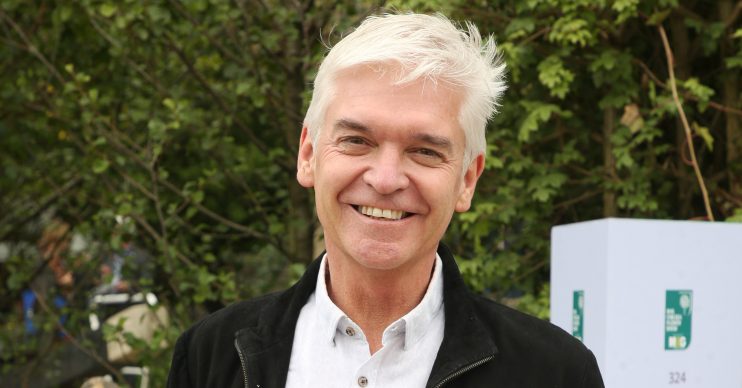 She reckons 'nobody was shocked'

Ex Dancing On Ice contestant Caprice Bourret reckons she already knew Phillip Schofield was gay before he came out last month, according to a website report.

Model Caprice, 48, is said to have told the Express website she wasn’t surprised by DOI host Phil’s announcement – and indicated those in showbiz circles were already aware of his sexuality.

She was quoted as saying to the tabloid: “It’s brave to come out and to be public about it. We’re in this business a long time, we know what’s going on.

Caprice is reported to have added that the revelation was no big deal to those in the know.

She continued: “I don’t think it’s been a talking point, it’s just been known. It wasn’t even like [shocked gasp], nobody was shocked.”

ED! has approached as representative for Caprice for comment.

It is believed Caprice quit her most recent TV job on DOI just a week after she was partnered up with new skate partner Oscar Peter.

She previously split from pro skater mentor Hamish Gaman and later denied newspaper claims she had “bullied” him.

A source had told The Sun: “Caprice began to belittle and disrespect Hamish very quickly after their first training sessions began.

“She would mock him in front of the Dancing On Ice crew with comments such as, ‘you skate like a girl’ and ‘be more manly – you’re more feminine than me.’

“It became relentless every day and left both Hamish and the crew shocked. Behaviour like this has never been seen on the show before.”

However, a representative for Caprice reportedly denied the claims and indicated she was “seeing a counselling psychologist as well as two doctors on an ongoing basis”.

ITV also hit back at claims Caprice was being ‘bullied’.

She later slammed ITV and accused them of showing “no duty of care” towards her on the show.

She was reported to have told The Sun: “There is no duty of care. In America, they have to have it or they get sued.

“It’s just thinking about other people, it’s just common decency, I think, when it comes to these kind of destructive shows. We have to have a soul at some point for God’s sakes.

“Thank God people are talking about it at the moment more, but it’s sad what had to happen for people to do that.”

Haven’t had a #datenight with my gorgeous, supportive, perfect hubby in a few months it has been crazy but he has been there right next me #myrock @flytyc love u so much ❤️