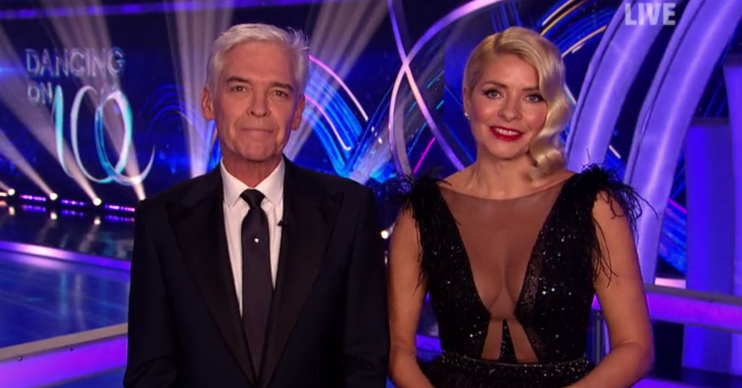 Presenter Phillip Schofield was reportedly ‘shaking with nerves’ before he hosted Dancing On Ice just days after coming out.

The This Morning star, 57, appeared to be touched by judge Ashley Banjo’s words of praise and support, following reports that stars were planning a ‘tribute’ to Phil and his bravery in revealing he is gay.

Ashley, 31, told the TV fave during the show last month: “Phil, it’s been a big week, a big big week.

“You have always been an absolute legend but never, never, ever more so than this week, my friend.

“I think I speak on behalf of all of us when I say we’ve got nothing but love and respect for you.”

Ahead of the series finale on Sunday, Ashley has opened up about Phil’s demeanour away from the cameras that night.

Before the show he was shaking with nerves backstage.

He recalled to The Sun’s website: “I didn’t plan to make him cry but I said what I felt in the moment. It just felt right.

“Before the show he was shaking with nerves backstage. It felt right to tell him ‘it’s all good, let’s get on with it’.”

Read more: Holly Willoughby squeals as she gets a piercing live on This Morning

Phillip came out on social media and on TV last month – and his wife Stephanie Lowe has vowed to stand by him.

She told The Sun: “I love Phillip, as much today as I ever have, and always will.”

The Sunday Mirror also claimed last month that Stephanie – who has been married to Phillip for nearly 27 years and has two grown-up daughters with him – has no plans to divorce him.

However, he seemed to rule out another relationship when he revealed his sexuality.

But while it is claimed telly colleagues understood him being gay was an ‘open secret’, the tabloid reported plans to come out were only made with TV chiefs the day before.

A source was quoted as reflecting: “He was clearly under huge stress. We’re all pleased for him.”

The Sun on Sunday also reported Phillip – who admitted that he knew he was gay when he got married – had “dark” thoughts while keeping his sexuality a secret.

He said: “There is no doubt living with this kind of secret can take people to the darkest of places.