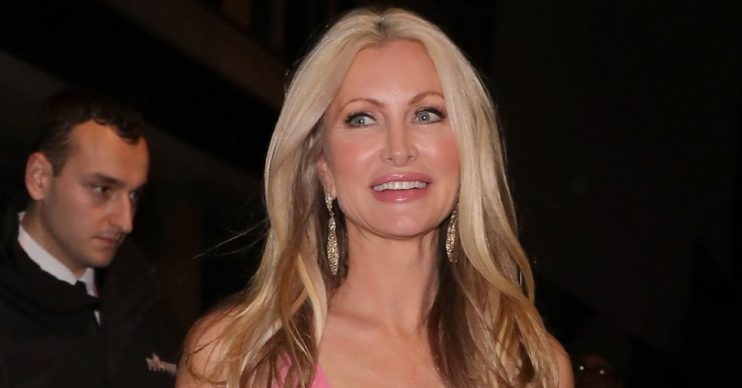 Reports claimed she had been barred from attending the live final

Insiders at Dancing On Ice have quashed claims that Caprice Bourret has been ‘banned’ from the live final.

Caprice, 48, quit the ITV show last month for her “mental wellbeing” after hitting the headlines for her bitter fallout with professional skater Hamish Gaman.

The US model has since slammed DOI, claiming “there was no duty of care” towards her and even said she will never sign up to a reality show again.

ITV has strongly denied Caprice’s claim, and sources have now rubbished reports that she has been told to stay away from the final as a result of her outburst.

One Sunday newspaper claimed “everyone will be back apart from her” next week, but insiders have branded this “nonsense”.

A source told Entertainment Daily: “Caprice left the series some weeks ago.

“Caprice’s representatives clearly stated at the time of her departure that she was ‘no longer participating in Dancing On Ice’.

“There have been no discussions or bans or warnings from series producers because her taking part in the show simply ended at that point.

“Suggestions that any such conversations took place are complete nonsense.”

Caprice had only skated once with Hamish before they went their separate ways. Rumours of ‘bullying’ from both sides of the fence has since ensued.

The model went on to perform once with new partner Oscar Peter but, despite being saved from elimination by the judges, she walked away from the show days later.

In an interview with The Sun last week, Caprice broke her silence and said her experience on Dancing On Ice has led her to quit reality TV for good.

The mum-of-two told the newspaper: “There is no duty of care. In America, they have to have it or they get sued.

“It’s just thinking about other people, it’s just common decency, I think, when it comes to these kind of destructive shows. We have to have a soul at some point for God’s sake.”

She added: “I used to love reality, but I won’t be doing it again.”

An ITV spokesman said: “We take our duty of care very seriously. We have always been fully committed to ensuring that everyone involved on Dancing On Ice is fully supported.”