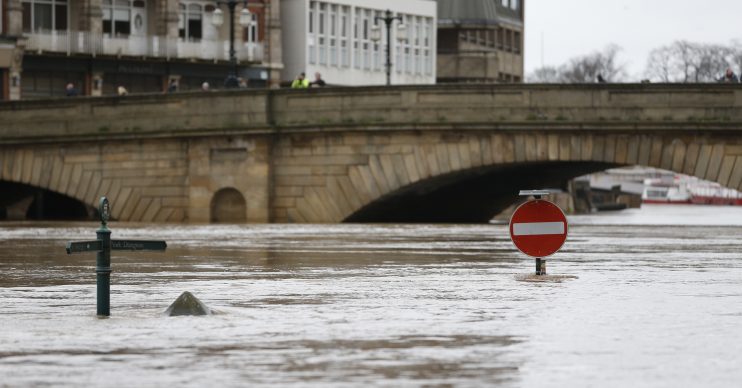 Britain braced for ‘months worth of rain’ over next 24 hours

No end in sight

Further torrential downpours following the deluge brought by Storm Dennis could drop a month’s worth of rain on Britain in 24 hours, experts have warned.

According to the Environment Agency, parts of North Wales, the North of England and Scotland can expect more heavy showers.

There are six severe flood warnings, which means danger to life, in place for the Rivers Lugg, Wye and Severn.

The Met Office’s Craig Snell said, as reported by Metro: “Hot on the heels of Storm Dennis, we have now got this next weather system coming through. We have a cluster of warnings around the UK running today into tomorrow.

“Rainfall totals are not too high at the moment. But if we are looking at the situation in 24 hours’ time, we could be looking at 50-60mm in South Wales, 70-100mm in North Wales, and up to 100mm in north west England.

“In the worst case scenario we could see a month’s worth of rain.”

Environment Agency figures show England has been drenched with 141 per cent of the rainfall it would normally expect to see in February – with nine days still left to go in the month.

We could see a month’s worth of rain.

As a result, water levels in the rivers Colne, Ribble, Calder, Aire, Trent, Severn, Wye, Lugg, and Derwent have all hit record highs.

It follows calls for thousands of people living in flood-threatened towns around Britain to leave their possessions behind and flee, as Britain faces some of the worst flooding it’s seen in 200 years.

An expert speaking to The Sun advised residents in affected areas to put their possessions out of reach of the water as best they can and then “get out”.

Dr Tim Harries, Kingston Business School senior research fellow, told the newspaper how “extremely stressful” it is for those affected to stay in their homes while the water comes rushing in, adding: “You should do what you can to protect your home and move possessions out of reach of the water – but then get out.”